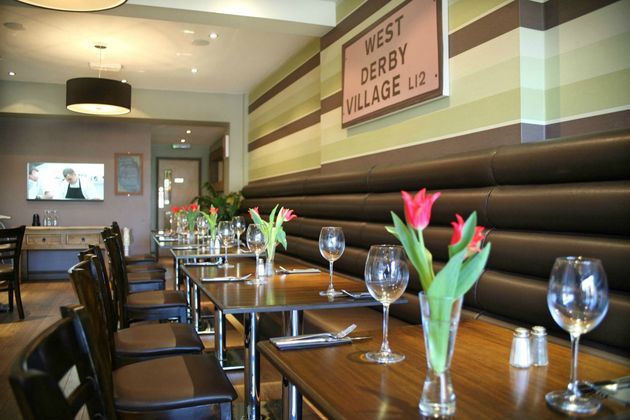 After six years in business, the popular restaurant and bar, located in the heart of West Derby Village, has acquired the second floor of 16 Mill Lane and will be transformed as part of a five-figure sum investment over the coming weeks. Once renovations are completed, Almond will have an increased capacity of 70 covers.

Managing Director Kate Dunn said: “Since we opened the restaurant in 2009, we’ve gone from strength to strength, and it’s great to have maintained such a loyal customer-base while continuing to welcome many new faces.

“Following the increased demand for covers in the restaurant, we’re looking forward to opening our second floor to the public. The upstairs space will also mean that we will be able to further accommodate private dining and room hire requests – ideal for occasions such as corporate events, birthdays, baby showers.”

The restaurant provides a wide range of menus including lunch, early evening, A La Carte, buffet, as well as a children’s menu with smaller appetites in mind. In line with Almond’s ethos for delivering ‘local, simple, honest food’, the eatery prides itself on its traditional dishes that have been devised with home-grown recipes. Menu highlights include slow roasted Slow Roast Belly Pork and Lamb Shank, Blackened Salmon and Key Lime Cheesecake – all of which can be complemented with an extensive wine list.

Championing North Liverpool’s food and drink scene, Almond has been crowned ‘Favourite Neighbourhood Restaurant’ in the Liverpool Food & Drink Festival Awards for three consecutive years and has become renowned across the city for its intimate and relaxed environment.

Kate added: “With the expansion of the eatery, we’re hoping to uphold our prominent reputation and secure recognition as being as a major foodie venue in Liverpool.

“We’ve already had a lot of great feedback from both the local community in West Derby, as well as those further afield, and we like to go out of our way to accommodate our customers’ suggestions, which is what led to the expansion in the first instance. We’ve seen lots of changes in the city’s food and drink scene since we opened, but with over six successful years in the industry, Almond looks forward to continuing its longevity here in West Derby.”

In line with the renovations, Almond will close for one week from Monday, August 10.

Eat Out To Help Out Serves Up Boost to Taxi Drivers

Food Business News - The Eat Out To Help out initiative has seen restaurants across Liverpool fully booked each Monday, Tuesday and Wednesday during August. As a result taxi drivers have seen a surge in bookings since the scheme launched three weeks ago.

The kindness of strangers in a Covid climate

Food Business News - Our last care parcel arrived today. As with the others - since March - I maintained a vigil and yet again missed the van s arrival. It s been like a modern remake of the Elves and the Shoemaker.. The Distributors and the Food Suppliers. We managed a thank you of sorts last Tuesday. I woke at 6.

Food Business News - Many more restaurants and cafes are opening up in Swansea City Centre this week, now that they are free to use their indoor space carefully and responsibly. And Swansea BID Business Improvement District is urging businesses to sign up to use a free registration app that will enable customers to enjoy their favourite eaterie with no fuss.

Food Business News - Quite Simply French today announced it has been recognised as a 2020 Travellers Choice award-winner for Restaurants.