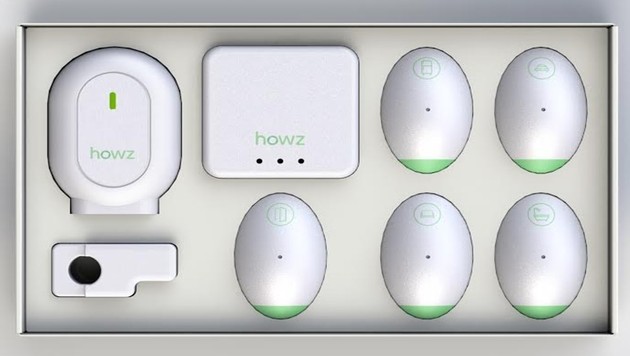 Manchester based company Intelesant is launching Howz to give you reassurance that everything is ok with your elderly relative while they are still living independently.

With unobtrusive technology and sensors the size of an egg, Howz is able to monitor electricity, light, movement and temperature to give concerned relatives and friends peace of mind by sending regular but short updates to their phone via an easy to use app.

The Howz team, who between them have both clinical and technical expertise, were inspired to create Howz by their own experiences with elderly relatives and friends. Louise Rogerson clinical lead at Howz and private physiotherapist, said, “Many of my clients are in their 80s and living alone, Howz was developed to help me and their families know that everything is ok when we can’t be there in person.”

“The great thing about Howz, is that it learns the patterns and routines of the elderly person over a short period of time. This is how it knows when something isn’t quite right and can then send an alert to family and friends.”

The recommended setup for Howz is to monitor electricity and both the front door and fridge door.  However the Howz system is completely flexible and gives the users the ability to make up a package that suits them best.

Howz have current contracts with NHS organisations and ensure that the security of the user’s data is up to the same standards as the NHS requires.

The most important thing that Howz stress, is that this isn’t just a new piece of technology, it’s a service for the whole network of users.

Howz is currently in testing stage and will be released in Autumn this year. A Kickstarter campaign will be launched early September 2015.