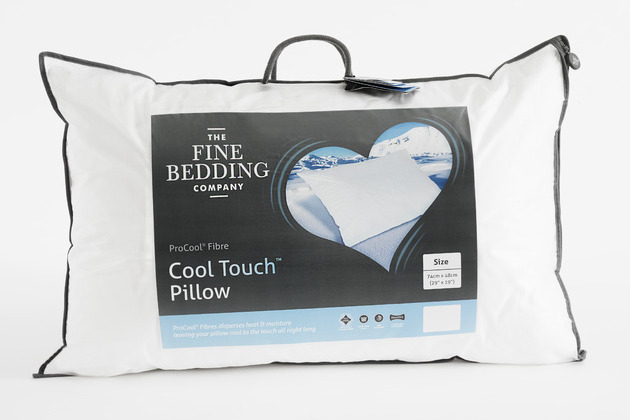 Trendsetter Home Furnishings Ltd, an international supplier of duvets, pillows and mattress toppers, has announced annual growth of 48%. It comes in the same month that the business marks the 15-year anniversary of its Baltic Fibres Oü manufacturing facility in Estonia.

The privately owned family run UK-based business, with headquarters in Trafford Park, Manchester, has reached turnover of £22.5m, a growth of £7.25m (48%) year on year, with a staggering 160% profit increase (£1.4m).

It puts its phenomenal growth down to a relentless focus on nurturing existing business and raising the bar on product quality and innovation.

Trendsetter boasts a 100 year heritage, manufacturing and distributing a broad range of premium own-label and branded duvets, pillows and related bedding products to a diverse range of global customers. Its mission is to not only create clever, high performing products for a better night’s sleep, but to revolutionise the category with ground-breaking innovation.

In year 2000 Trendsetter established a manufacturing facility in Lääne-Virumaa, Estonia. Its vision: to create a hub of technical innovation and product development.

Baltic Fibres Oü began production of pillows in 2000, followed by duvets in 2002. 2005 saw the production of mattress enhancers to its portfolio and in 2010 investment in a high-speed automatic quilt sewing machine which more than tripled production capabilities.

Baltic Fibres Ou is now a state-of-the-art hub that in the past two years alone has delivered four groundbreaking new innovations.  Smartfil® is one of these revolutionary products.

Only Trendsetter has succeeded in developing refined processes and machinery capable of creating Smartfil®, a range of fibres that include SmartfilAir® for duvets and SmartfilClusters® for pillows. Each tiny Smartfil fibre has been glazed with a super-fine silicone layer that is as tough as diamonds, yet still silky-soft to touch. This basically means the fibres slide over each other and make everything very free flowing and soft – but importantly very durable.

ProCool® intelligent cooling fibres are the next level of innovation in sleep technology introduced by Trendsetter this year. The unique fibres featured in the Cool Touch pillow, from The Fine Bedding Company brand within its portfolio, use thermodynamics where excess heat is absorbed into a ‘core’ and only released again once body temperature is at an optimum level.

Finally SonicSeam, automatic threadless stitching – again the first of its kind in filled bedding - has been introduced this year. Using high frequency sound to change the structure of the fabrics the edges bond together resulting in a neater, stronger finish.

The 15 year milestone was marked with a VIP celebration in Estonia where British and Estonian dignitaries came along to mark the occasion in style.

Claire Watkin, managing director of Trendsetter Home Furnishings, said: “With continued investment the factory has evolved and helped us achieve our vision as leaders in innovation. We now employ more than 110 people, many from the local area, and produce around 30,000 quilts, 52,000 pillows and 1000 mattress enhancers a week!

“But we’re not stopping here. We live in a world where the only constant is change – innovating and evolving lies at the heart of what we do. Success has been engendered by Trendsetter’s relentless pursuit of product development and the capabilities of the Estonia facilities.

“We’re continuing to grow at a fast pace and have exciting plans for the future, we look forward to celebrating more successes in another 15 years time and once again looking back at how far we have come.”