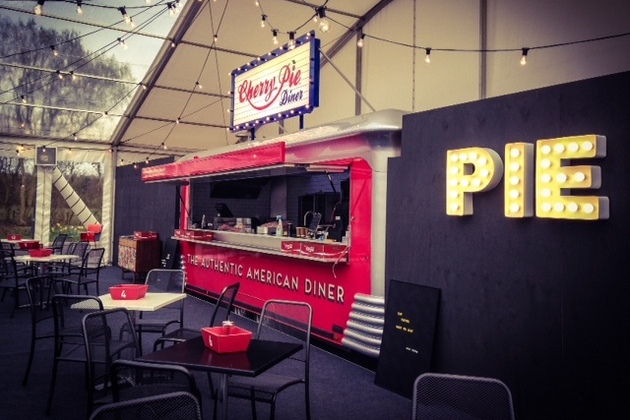 Interiors and branding studio NoChintz has been appointed to deliver a series of designs for its new client Chariots and Cherry Pie Limited.

The Manchester-based studio has been tasked with providing interiors and branding services for the client’s inaugural venture known as The Cherry Pie Diner; an eatery which is aiming to capture the ‘fun and fearlessness’ of 1950s America.

The Cherry Pie Diner is the brainchild of former PR CEO Claire Hilldson who last year sold her share of highly-successful Oxford agency, Bottle, in order to fund the new venture. Speaking of the NoChintz appointment she said: “As I move into a new industry it is imperative that I’m surrounded by like-minded and empathetic partners who want to achieve the same end result. I’ve definitely found this in NoChintz who are helping break design boundaries and bring a holistic concept that encompasses everything from our branding to interior layout. I can’t wait to unveil the first site.”

Diner fans have be given the opportunity to sample The Cherry Pie Diner menu thanks to a vintage-style mobile catering trailer which has been touring across city centres, festivals and fairs from May.

NoChintz is overseeing the branding and design of the trailer and the company’s creative director Lucy Goddard said: “This was such an exciting brief and another example of the breadth of services offered from our studio. In providing coherent branding and interior design we can ensure that the spirit of 1950s fun and fearlessness at the core of the client’s offering cuts through the whole presence experience.”

NoChintz was established in 2007 and has since grown into a flourishing interiors and branding studio. It recently announced an increase in turnover to £1.55m for the past year.