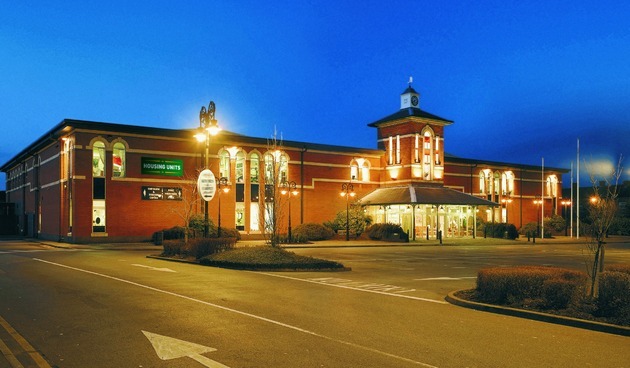 The company, founded in 1947, fought off fierce competition from the likes of Jarrolds and Harrods, London to win the category, which celebrates the overall efforts of independent department stores over the past 12 months.

Housing Units has had an impressive year to date, seeing record numbers of customers and a 26% uplift in sales at its Summer Sale launch. In addition to this, a six-figure media schedule and extensive PR campaign has proven a huge success, with social media figures hitting the roof and national media presence at an all-time high.

The annual ceremony, dubbed the ‘Oscars for the trade’, took place on Wednesday 8th October at The Lancaster, London. The awards aim to recognise and celebrate the achievements of both retailers and suppliers in the UK housewares industry.

Commenting on the win, Nick Fox, Merchandise and Marketing Director at Housing Units, said: “We are thrilled to have won the award alongside such strong competition. It’s been a great year for Housing Units, and to receive recognition for this is a fantastic accomplishment for the business and its loyal and hardworking staff.”