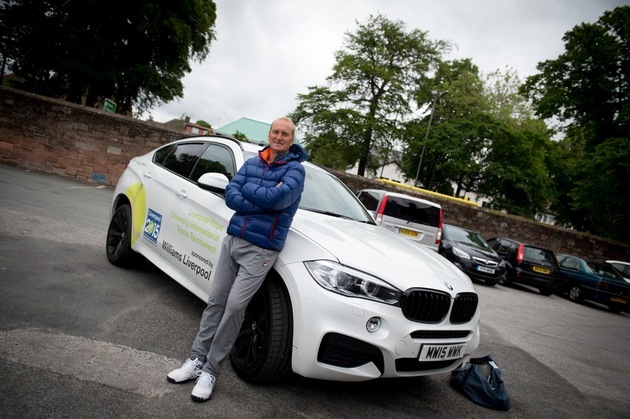 Acknowledged as one of the city’s major Summer events, Williams Liverpool BMW provided luxury transport for the renowned tennis players taking part in the tournament, such as Pablo Anjobar, Audrey Roublev, Peter McNamara  and Richard Krajicek.

As an event partner for the third year, Williams Liverpool BMW also had a number of its latest models at the tournament including the futuristic i3 and i8 electric cars. Attendees had the opportunity to sit in the state-of-the-art vehicles over the four days (Thursday 18 June - Sunday 21 June).

David McGoldrick, Head of Business at Williams Liverpool BMW, commented:  “It was another successful year for the Liverpool Hope University International Tennis Tournament and we are thrilled to have played our part in the much coveted event.

“Transporting the tennis stars was an incredible honour as it was vital that they each had a comfortable journey prior to their matches. At the event, the vehicles from the i range were certainly a focal point especially the i8 which was a hit for people of all ages.”

The Liverpool Hope University International Tennis Tournament celebrated its 14th year in 2015. Since 2002 it has brought legends including John McEnroe, Marion Bartoli, David Ferrer and Greg Rusedski to the city.

Tournament Director Anders Borg said: “We are very pleased with the 2015 Liverpool Hope International Tennis Tournament which has been branded the best ever, the combination of a fantastic ATP players field mixed with legends like Peter McNamara and Mansour Bahrami proved a great success.

“We’d like to thanks Williams Liverpool BMW for their fantastic support over the four days and we now look forward to planning for an even better 2016.”

For more information on Williams Liverpool BMW, go to: www.williamsliverpoolbmw.co.uk