We BID you a Merry Kidsmas 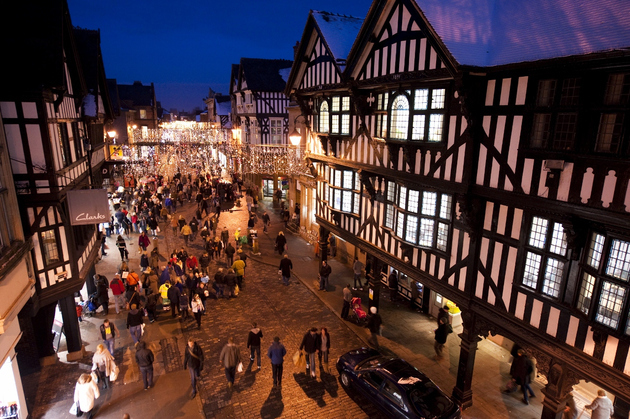 Chester is gearing up for a fun-packed Christmas with the launch of a new family-friendly festival backed by CH1ChesterBID Company.

It’s Chester’s first Christmas as a Business Improvement District (BID) city and to celebrate, the team behind the BID campaign has joined forces with Marketing Cheshire to launch ‘Chester Kidsmas’, a festival which aims to bring the childhood magic of Christmas to the city.

The festival kicks off with the ‘Christmas Parade of Light’ to switch on Chester’s Christmas lights on November 20th. Street entertainers and a whole host of activities and animations will continue throughout December.

Chester Kidsmas will also bring free screenings of family films, such as Home Alone, Elf and Sing-a-long Frozen, at the Grosvenor Museum, as well as a children’s activity area at the annual Chester Christmas Market and a festive ‘winning windows’ competition for the best window display in the city centre.

Paul Daniels, CH1ChesterBID Company Chairman, said: “Planning for Christmas starts in January so even though we haven’t had a lot of time to put our stamp on it this year, we’re delighted to be involved in bringing some festive fun to the city.

“Children love Christmas because they see the magic of it and we want that sense of wonder and excitement to spread throughout Chester.

“We want to bring people together this Christmas and we want to bring them to Chester. We’ve got a fantastic line-up planned that I’m sure will help us achieve that.”

The star of the show will be chELFie, CH1ChesterBID’s very own Christmas elf, who will lead the Christmas lights parade on November 20th and help kick-off the city’s annual Santa Dash on December 7th.

chELFie will be a big presence in Chester this Christmas along with a host of other Christmas and Disney characters such as Frozen favourites Elsa and Olaf. All of the characters will be out and about in the city, greeting children and handing out small gifts. There will also be a chELFie trail where children can ‘elf-spot’ in participating city-centre shops for the chance to win a prize.

Paul added: “Since our official launch on September 1st, the team has worked hard to add value to the existing Christmas offering and chELFie is a symbol of what we want Christmas in Chester to become, a time that everyone can enjoy together.

“We hope everyone has a lovely Christmas and tells their friends and families about the magical time they had in Chester.”

For more information about CH1ChesterBID and this year’s Christmas activity, visit www.ch1chesterbid.co.uk