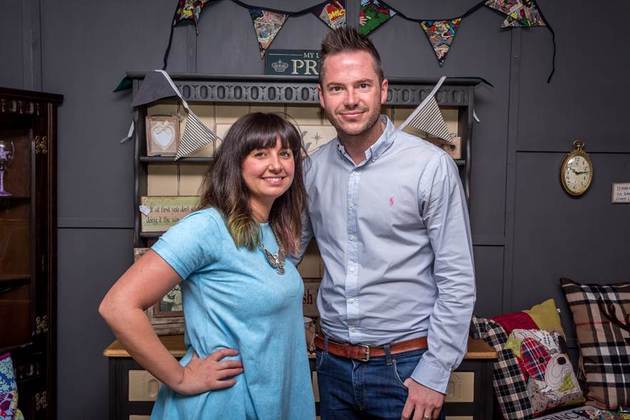 A business woman from Warrington who fought back from bankruptcy to set up her own company has won a £10,000 business start-up competition.

Nicola Kelly was forced into bankruptcy when she faced mounting mortgage debts following the break-up of a relationship.

Now, she will be working alongside The Apprentice star, Neil Clough, after winning the competition which Neil set up when he launched his own company, NWC Consultancy, in February this year.

Neil established the competition as a way of offering support to new businesses across the North West. He judged the competition at the Tim Parry Jonathan Ball Foundation for Peace in Warrington, where Neil is a patron, with the Foundation’s Chief Executive Nick Taylor and David Walker who’s the Managing Director of Plus 24 Marketing.

Nicola is confident the £10,000 worth of business support she has won will help her make a success of her home furnishing company, Willow Tree Home Boutique, based on Green Lane in Warrington.

“I am absolutely thrilled to have won the competition. I can’t believe it. Neil’s support is exactly what the business needs,” said Nicola.

“I love the creative side but I’m a novice as far as running the business is concerned. I’ve never been in retail before and it’s a very steep learning curve,” she added.

Nicola, who has three children aged 10, four and 18 months, said she wanted to talk about the bankruptcy because it could happen to anyone.

“It wasn’t about going out on a spending spree and running up credit card debts,” she said. “I was left with a large mortgage to pay on my own but was only earning a minimum wage. I knew I couldn’t keep up the payments so I sent the keys back to the mortgage company but years later I got a bill for over £40,000 as there was a shortfall after the property was sold.

“There was no way I could pay back that sort of money so I had no choice but to go bankrupt.”

“Nicola has faced an uphill struggle to get her business off the ground,” said Neil. “It’s a sign of her determination and enthusiasm that The Willow Tree Home Boutique is up and running. I’m very excited about working with someone with such drive and passion.”

The prize consists of a monthly sales and planning meeting with Neil, weekly one-to-one telephone calls, access to NWC consultancy tools and unique strategy finders, along with marketing and PR support and on-going mentoring from Neil.