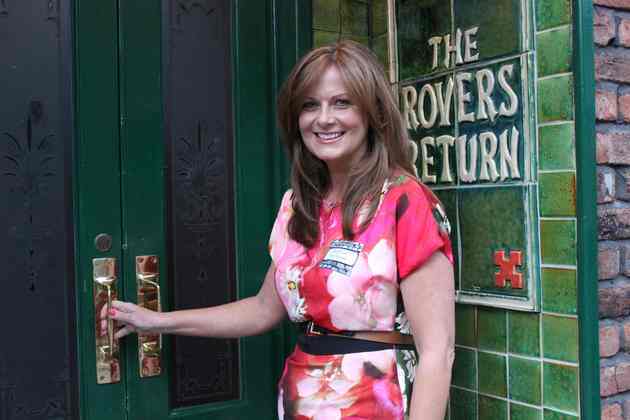 More than 100 leading executives, clients, staff and friends of Stark Brooks joined in the celebrations as the recruitment firm marked 30 years in business with a Night on the Cobbles.

Stark Brooks hired the former set of Coronation Street in Manchester for an evening during which guests enjoyed drinks in the famous Rovers Return pub and took a tour of the studios and the cobbled streets of Weatherfield, the long-running TV soap’s fictional location.

Chairman Sally Toumi said: “I wanted this party so that we could say thank you to the clients, candidates and colleagues for making the company I own and love one of the best for 30 years.

“Our values have not changed in that time – we pride ourselves on being passionate about recruitment, inspiring people to be the best and recruit the best and, importantly, working in partnership.”

Sally said Stark Brooks had progressed from only filling accounting vacancies in Manchester to recruiting in multiple disciplines both nationally and internationally. The firm has filled more than 12,000 roles in its 30-year history.

Sally paid tribute to her colleagues, saying: “Our current team is the best it’s ever been, and we’re ambitious. Not only do we have some of the best recruiters in the industry, those recruiters are loyal and committed.”

In addition to charting the growth of Stark Brooks, Sally spoke about her support for The Christie, the Manchester hospital where she has been treated for breast cancer since being diagnosed two years ago.

She is now assembling a group of businesspeople to take part in a 350km cycle ride in Africa in November.

Steve Morgan, the founder and chairman of Redrow and the chairman of Wolverhampton Wanderers FC, whose relationship with Stark Brooks dates back 25 years, was among the guests at the Coronation Street party and he paid tribute to Sally and her team.

“It’s been great to see how the business has grown. Since Sally bought the business, she has taken it on to greater heights. Stark Brooks has been a huge success story and Sally is an inspiration, a superstar,” he said.

Rob Cotton, chief executive of IT security business NCC Group and also a long-standing client of the firm, praised Sally’s ‘steely determination’ and congratulated Stark Brooks on its 30-year milestone.