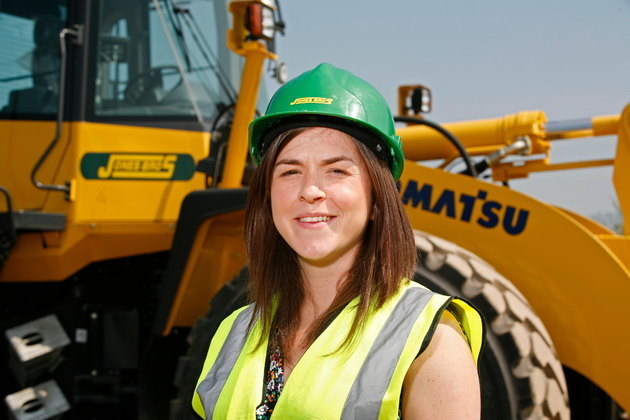 The 29-year-old, who worked with the Royal Institution of Chartered Surveyors (RICS) to gain chartered status, has now achieved one of two goals she set herself for 2015 – the other being to encourage more women to enter the profession.

Lisa is now backing national campaign ‘Your Life’ which aims to inspire more young people, particularly girls, to study maths and physics, leading to careers in science, technology and engineering.

According to RICS, just 13 per cent of quantity surveyors are women, despite several campaigns to encourage more women and people from black and ethnic minority groups into the sector.

“I think ‘Your Life’ is a great campaign and am willing to support it all I can to encourage more young women into the industry,” said Lisa. “I definitely think more women should think about a career in quantity surveying though I do believe things are getting better. I’m noticing more young women coming on to site for work experience now, which wasn’t really the case when I first started out.”

Quantity surveyors manage all costs relating to building and civil engineering projects, from the initial calculations to the final figures. An important feature of the role is minimising the costs of a project and ensuring that everyone involved is working as efficiently as possible.

However Lisa is keen to point out that quantity surveying is anything but dull. “People sometimes think it is simply counting bricks but there is so much more to it with elements of the law, finance and planning, with lots of opportunities for career development,” she said.

Prior to that, she completed a degree in mathematics, statistics and operational research at Cardiff University and achieved an MSc in Quantity Surveying from Salford University.

Lisa, who lives near Corwen, in North Wales, is expecting her first child.

Founded in the 1950s, Jones Bros has grown significantly in the last decade, employing 350 people. It is currently working on contracts including the construction of waste management facilities, highways, flood and marine defence and renewable energy projects around the UK.