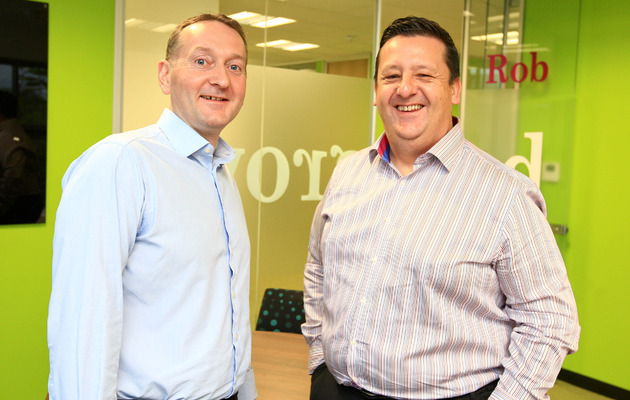 Optionis has been named as one of the top 100 employers of apprentices in England.

The Cheshire-headquartered business and freelancer services group received the accolade at the National Apprenticeship Awards in Birmingham last night.

He said: “This year’s top 100 apprenticeship employers have demonstrated the huge impact on the young people they invest in and the many benefits for their organisations.

“Apprentices help employers develop a skilled and qualified workforce to build a stronger economy, whilst creating a fairer society where young people can get on and go far in some of Britain’s best companies.

“I would encourage more businesses across England to follow these shining examples and find out how apprenticeships can help them build a skilled, motivated and highly qualified workforce.”

The Optionis group employs 50 apprentices working across 11 departments, including accounts, human resources, sales ledger, payroll, IT, credit control and marketing. More are set to be recruited in the coming months.

Optionis’ inclusion in the top 100 list comes after it was highly commended in the Newcomer Employer of the Year SME category at the regional finals (North West – Greater Manchester, Cheshire and Staffordshire) of the National Apprenticeship Awards.

They are entitled to the same benefits and perks as all other employees, and the vast majority go on to secure a permanent position when their apprenticeship comes to an end.

Earlier this year, Optionis held a Dragon’s Den-style event to celebrate National Apprenticeship Week. Apprentices were tasked with delivering a presentation outlining the benefits of work-based learning to a panel of judges including Warrington South MP David Mowat.

Optionis managing Derek Kelly described the group’s inclusion in the list as a proud moment.

He said: “We think it’s essential that UK businesses support young people and give them the tools they need to make a valuable contribution to the economy.

“We have put a lot of thought and hard work into creating a genuinely effective, sustainable and rewarding apprenticeship scheme, so to receive this recognition is fantastic.”

In addition to its two offices in Warrington, Cheshire, Optionis has bases in London, Middleton in Greater Manchester, and Poole and Dorchester in Dorset.

“They should be proud of their role in helping people gain the skills they need to be successful. After all, apprenticeships are a great way for people to earn as they learn, and they bring countless benefits to businesses.”