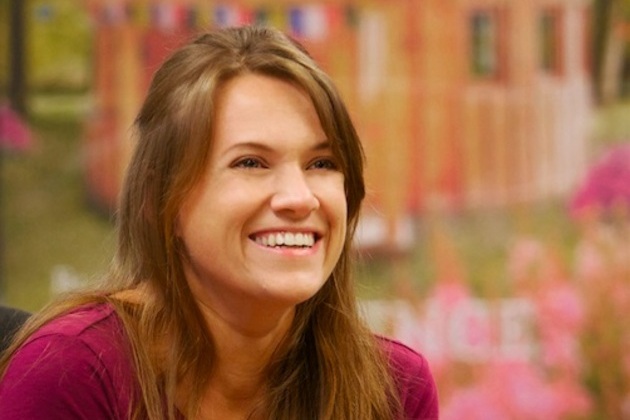 Rotunda Living, the only company in the UK building exclusively in the round, has taken its staff from five to ten and has been shortlisted for three prestigious North West business awards, just ten months after being awarded a loan by Start Up Now, the North West arm of the government’s national £150m Start Up Loans programme, delivered by Business Finance Solutions.

The EN North West Entrepreneur of the Year Awards will be hosted by comedian and impressionist Alistair McGowan on 16th October at The Mere Golf Resort & Spa in Cheshire. The Stockport Business Awards will be announced on 2 October at a black tie dinner at the Hallmark Hotel in Stockport.

Gemma of Rotunda Living said: “Since we received our loan and advice from Start Up Now just ten months ago, the business has gone from strength to strength with new commissions for the UK’s first round classroom, modular homes and holiday lodges. We are so proud that this year has culminated in us being shortlisted for these three prestigious awards, which are testament to our passion for building in the round and the many environmental, physical and psychological benefits it brings.


Paul Breen, Director of Business Finance Solutions, said: “It is wonderful to see the hard work that Gemma and all the team have put into growing the business being rewarded with this impressive hat trick of award nominations.  Since we first started working with Rotunda Living they have gone on to really create a real stand out presence in this growing market, both in the North West and nationally and we wish her all the very best of luck in her award categories.”


Rotunda Living’s designs can be used as an extension to a home, school or business and can be equipped with everything from the essentials such as double glazing and electrics to a wood burning stove, reed bed water filtration systems and bespoke furniture.  Rotunda Living is passionate about using a UK supply chain, sourcing timber for each commission from suppliers close to each project to support the local economy and reduce carbon emissions.


Gemma was introduced to Start Up Now by an advisor at the Business Growth Hub’s Access to Finance service, and was awarded a £7,000 loan to enable her to market the first prototype and bring in the first few sales back in 2013. Gemma now employs a team of ten and plans to expand the business in both the domestic and commercial markets, focussing on the UK holiday and tourism lettings market in particular.

Start Up Now will see £15 million allocated to new start-ups across the North West over the next two years, creating around 3000 new businesses and over 5000 new jobs in the region. Over 800 BFS Start Up Loan recipients in the North West are now running their own businesses, creating employment and economic opportunities across Greater Manchester, Lancashire, Merseyside, Cheshire and Cumbria. Start Up Now is available to everyone over the age of 18 in the North West.