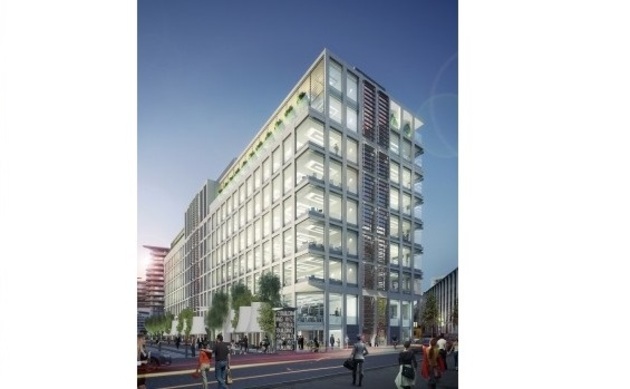 Roland Dransfield will deliver an integrated programme, combining PR, marketing, social media and digital technology to establish XYZ Spinningfields, which is due for practical completion in autumn 2016.

The agency has also been instructed to deliver a campaign which will establish the XYZ brand and wider concept ahead of future potential XYZ developments.
Work is already well underway on the 160,000 sq ft grade A office space which offers 20,000 sq ft floor plates and more than 30,000 sq ft of public amenity space. Once completed XYZ Spinningfields will provide a benchmark for commercial buildings in terms of design, culture and intelligent features.

Roland Dransfield PR’s MD Lisa Morton said: “We are hugely excited to be working alongside Allied London to establish XYZ in Manchester and beyond.
“XYZ is much more than a building at the heart of Spinningfields. It is a truly novel concept and one which we believe will set the bar for future work/live developments globally.

“To reflect that we will not only be raising awareness of the landmark XYZ building, and its place in the heart of Spinningfields, but delivering a wider campaign to position XYZ as a global real estate solution that sets a new benchmark for workspace.

“To that end our campaign will not only involve traditional media relations, but exciting events and cutting-edge digital technology to establish the XYZ philosophy ahead of the building’s completion in 2016.”

News of Roland Dransfield’s appointment comes just days after the announcement that the XYZ studio will also be constructed alongside the XYZ Building.
The XYZ Studio, which should be completed by the end of October, will have its own series of XYZ events to help set the tone for the XYZ building and the “XYZ way.”

Construction on the permanent structure will begin imminently and it is hoped that the XYZ events will bring together the beginnings of what the XYZ community is to become.

A schedule of XYZ Studio events will be announced in October and will also be listed on the Allied London website: www.alliedlondon.com