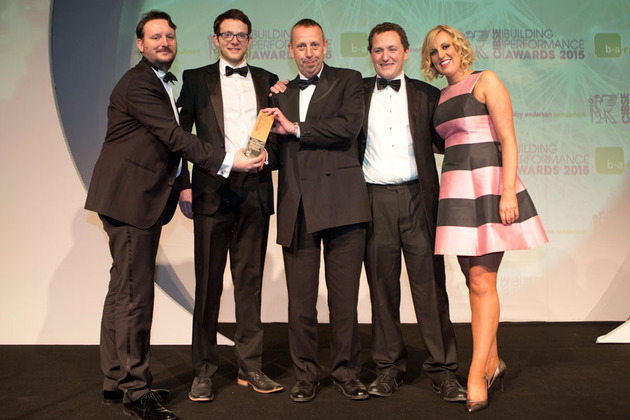 A Manchester-based company has been crowned as the top engineering consultancy in the UK for the second year running.

Beverley Clifton Morris (BCM), based at One Central Street, city centre, specialises in low carbon engineering – which sees a team of 21 staff working alongside architects and contractors to ensure the inner workings of buildings are as efficient and sustainable as possible.

Last week, the firm was announced as the winner of the highly coveted Consultancy of the Year award for the second year running at the Chartered Institution of Building Services Engineers (CIBSE) Awards 2015.

The prestigious ceremony took place at The Grosvenor House Hotel on London’s Park Lane and saw over 1,000 industry professionals in attendance.

This national accolade was re-awarded to BCM for ongoing commitment to the training and development of staff, investment in state-of-the-art technologies and emphasis on low carbon building solutions. The judges recognised how the owner-managed firm’s ethos is to collaborate with customers and partners and make an outstanding contribution to the design / refurbishment of buildings.

Winning the award twice in a row solidifies the Manchester firm’s status as the best of its kind within the UK. The judges highlighted how BCM’s approach leads the industry nationally in terms of best practice and new ways of working and praises their involvement with a number of relevant industry steering groups.

BCM’s Managing Director, Brian Morris, said:  “We are overwhelmed to have achieved this accolade for the second year running. Since winning the award last year we have had an incredible 12 months in terms of growth, business wins, and key strategic developments, which we will of course continue to build on. This is our fourth award win in just over a year and the ongoing recognition we’re receiving highlights us as leaders in our field who are moving the industry forward from our North West base, with an innovative approach to delivering low carbon solutions as standard.”

BCM, now in its 13th year of trading, has a further office in Liverpool and is currently in the latter stages of agreeing a presence in both Leeds and London. The firm anticipates an increase in turnover this year to over £1m and has recently made two senior appointments and four operational appointments in line with strategic growth plans.

BCM has also been shortlisted at two other national awards; The Construction News Specialists Awards and The H&V News Awards which will take place in March and April 2015 respectively.