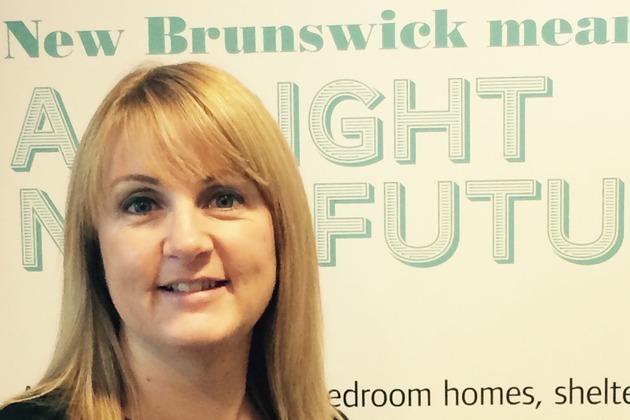 AWARD winning housing developer Linden Homes, part of Linden Homes Group, is celebrating a flurry of sales at its New Brunswick development on the outskirts of Manchester.

Interest in the development has continued to rise since its official launch at the end of December and the company has now secured 23 reservations, which means that all of the properties in the first phase have now been secured.

45 high quality new homes are currently under construction across the site. The development comprises a mixture of two, three and four bedroom homes which have been cleverly space planned to include separate kitchen and living areas with good sized bedrooms providing plenty of choice for professional couples or growing families.

The next phase of development is due to be released for sale in June 2015 and will include six high quality three bedroom homes and five smaller two bedroom houses, which are likely to be reserved quickly.

Sian Pitt, regional sales manager for Linden Homes, part of Linden Homes Group, said: “This has been a fantastic start to 2015. We are delighted that New Brunswick has received so much interest especially from people looking to relocate from other North West towns such as St Helens and from even further afield from Norfolk.

“We anticipate similar sales levels as we go forward with the development. We are striving to make New Brunswick the neighbourhood of choice in the area, building on the strong community spirit that already exists. As part of this, we have a policy at New Brunswick where we do not sell to investors, so that we can ensure that the community remains a community.

“The success of the scheme to date has meant that Linden Homes has been able to strengthen its North West presence and is currently looking at a number of other sites in the region.”

New Brunswick forms part of the wider £100m regeneration programme for Brunswick, which is transforming the area in East Manchester.

The programme combines the construction of high quality new homes with the refurbishment of existing council homes, new sheltered accommodation and a retail area which will provide shops and amenities, as well as a new neighbourhood office. The scheme will also deliver improved road layouts and enhanced open spaces.