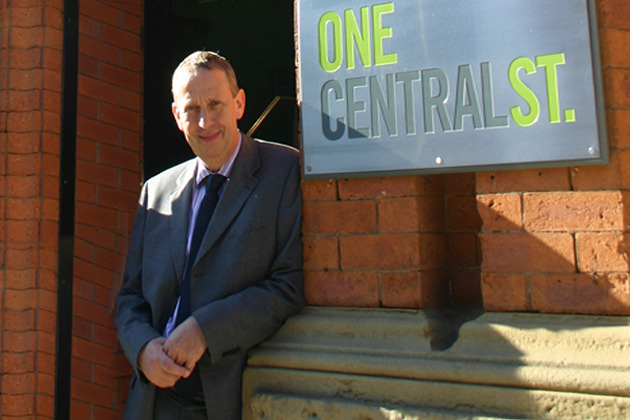 A North West business leader has joined the uprising against the government’s U-turn on the 2016 zero carbon homes targets and is urging George Osborne to reconsider the ‘ill thought out move’.

Brian Morris, MD of Manchester-based engineering consultancy, Beverley Clifton Morris (BCM), requests that the Northern Powerhouse leads the way and uses devolved powers to bring the regulations back into force, resulting in the local economy benefiting for generations to come.

To adhere with legislation from over the last decade, all new build homes had to be ‘zero carbon’ by 2016 and generate energy on site through renewable sources, such as wind or solar power. The government has now scrapped these regulations resulting in outcry from leaders within the construction sector.

Morris, who has over 40 years’ experience in the construction industry, believes that the scrapping of the target is a ‘false economy’ that will increase fuel poverty issues and negatively affect the UK’s wider climate change goals.

- Scrapping this target is a ‘false economy’ and an ‘ill thought out move’
- The government have shown ‘lack of commercial thinking’
- The move will impact financially on home owners and tenants, increasing fuel poverty
- The UK’s wider climate change targets will be negatively affected
- Building zero carbon homes IS NOT more expensive than building traditional homes
- Energy savings from low / zero carbon homes will offset any extra capital outlay within one to three years
- Apprenticeships and careers in the emerging low carbon market will now be cut back
- Northern Powerhouse should ‘lead the way’ and use devolved powers to reinstate the regulations across the region

Commenting fully on the u-turn, Morris said: “The Chancellor’s decision to scrap the 2016 zero carbon homes requirements is a severe blow that undermines policy across a wide range of areas and has huge knock on effects in regards to the UK meeting its wider climate change goals.”   “Fundamentally, this ill thought out decision will cost the country money. Ensuring the energy efficiency of all new dwellings would be saving householders and tenants’ money, month on month, year on year. Yet the scrapping of the targets benefits no one other than the house builders. This move will see household energy bills continue to rise, increasing the impact of fuel poverty.”

“And this move coincides with National Grid’s announcement that they are to spend more money upgrading old, inefficient power plants to ensure the provision of the increasing power supply that our country needs. The gap between the UK’s total electricity generating capacity and peak demand would fall to just 1.2% otherwise. In the meantime, the UK is importing more fossil fuels and paying factories to power down. Yet we could employ modern low carbon construction methods to meet the standards other European countries routinely achieve. It is therefore nonsensical for the government to abolish the zero carbon homes target.”   “This U-turn will stifle the development of the low carbon economy and reduce the need for apprenticeship programmes specialising in this field.  Career paths in what was an emerging, niche sector will now be curtailed.”

“House building firms have argued that the costs of build to the zero carbon standards have to be passed on to house buyers. This is a false argument, as houses designed to be more energy efficient do not need to cost more initially and, should any extra initial outlay occur, the amount would be ‘saved’ in fuel efficiencies within the first few years of running the property.”   “An additional cost of £2500 per house has been bandied around as the figure required to meet the zero carbon requirements. I do not agree with this figure, but even if that was the case, the lower energy use due to the efficiencies would see the house buyer or tenant being ‘paid back’ typically within one to three years.”

“Over a 30 year period, a typical homeowner would pay higher energy costs accumulating in an extra £67,500 spend at present average energy costs, not even taking account of rising fuel prices.”

Closing statement by Brian Morris: “The 2016 zero carbon homes legislation has been in the pipeline for a decade and for national government to abandon it at this stage is nonsensical.  Yet this gives an opportunity for the Northern Powerhouse to take a lead and use devolved powers to implement the regulations and improve our regional economy. Let us grasp the opportunity to lead the country in yet another area. The knowledge and skills are already in place in our region and can be quickly deployed to save money, energy and fossil fuels. Let us improve our regional efficiency for the benefit of generations to come.”

Brian Morris is Managing Director of BCM, a multi-award winning firm that specialises in ensuring the inner workings (heating, lighting and ventilation) of new builds and refurbishments are as sustainable and low carbon as can be.  Brian established the mechanical and electrical engineering consultancy in 2002 and the firm has achieved huge low carbon successes such as Manchester’s most energy efficient primary school.   BCM works with architects and construction firms as part of the design team. BCM’s work often results in highly sustainable buildings being created within the same budget as traditional buildings. On projects where extra capital expenditure is required to achieve low carbon efficiencies, the funding is offset by energy savings within a matter of years, resulting in a cheaper to operate building across its lifetime. Key clients include: Manchester City Council, Willmott Dixon, Kier, ISG, Wates, Housing Associations, EFA and Academy Schools.  www.bcmconsulting.co.uk