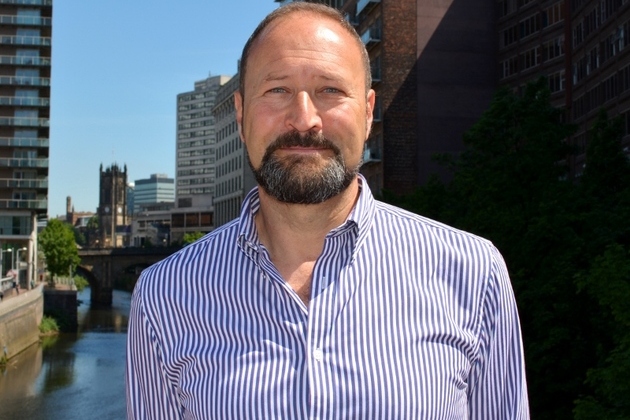 The boss of a residential sales and lettings agency has launched a free advice service on Twitter to help people living in Manchester city centre with their property problems.
Ian Waxman, pictured, the managing director of Pad Residential, based on Bridge Street in the city centre, is helping to resolve issues via the hashtag #AskPad.
He is offering no-strings advice to anyone facing issues with landlords, property owners and managing agents.
Ian says he is able to put his 30 years’ experience in the sector to good use to help tenants through his ‘agony uncle’ initiative.
A woman sought his assistance after her flat was flooded several times in a month due to a problem in the apartment above.
Ian told her that it was possible to terminate her tenancy agreement by mutual consent, and suggested she contact the property owner.
She did so, and the owner agreed to terminate the agreement.
Ian said: “Had she taken action against the owner, it could have proved protracted and expensive, but she was happy with the advice I gave, ended the tenancy and moved out.”
He advised another tenant on how to tackle her landlord over constant draughts in her apartment because of faulty windows.
She later tweeted: “I’ve seen some nightmare letting agents in my time but you guys were great.”
Ian also assisted a property owner on an insurance claim arising from damage due to water seeping into his building.
Ian said: “I have 30 years’ experience of property management in the city centre and have encountered most situations, so I know instinctively how to deal with problems effectively.
“Many people simply don’t know what to do or who to speak to, and if I can help bring about a positive outcome by providing practical property advice, then that makes it all worthwhile.
“I’m delighted to be able to offer practical property advice and am doing it via social media because I am accessible and help can be given when people need it most.”

Property Business News - The North East is being targeted by an electric vehicle EV charging hub developer after the region saw a sharp rise in EV ownership.

Reducing costs when renovating the house of your dreams

Year Of Growth For Avamore Capital

Property Business News - London-based principal development and bridging lender Avamore Capital has reported a record year of growth and is predicting another year of unprecedented completions in 2021.