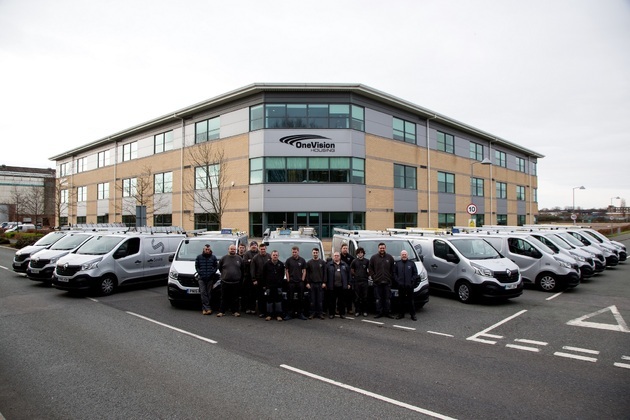 Sovini Property Services, part of the Sovini Group, is celebrating five years in business following a period of impressive growth and performance.

The company provides comprehensive repairs, maintenance and facilities management services to customers of One Vision Housing, Pine Court Housing Association and a number of other businesses outside of the Sovini Group in the North West.

Sovini Property Services launched in 2010 and has seen its turnover increase from £8m to £20m within that time, as well recruiting over 200 staff.

It has also hired 30 apprentices over that time, with some joining the business as part of the joint Handy Skills programme with One Vision Housing – an “alternative education programme” that gives 15 and 16-year-old students a taster of what it’s like to work in the industry.

Phil Pemberton, Managing Director of Sovini Property Services, said: “It’s a great achievement to reach our five-year anniversary, and this is down to the staff who have produced excellent results through their commitment, dedication and enthusiasm.

“We’ve got some ambitious plans for the future and are looking to continue increasing our turnover, as well as investing in our staff with their training and qualifications.

“Sovini Property Services has achieved a lot in such a short space of time, but we’re always looking forward and I’m sure the next five years will be even bigger and better than before.”

The buildings and maintenance company has also achieved various accreditations and won several awards that prove how successful it has been in the last five years.

In 2014, it attained the BeFaIR Accreditation - a recognized and respected industry-specific accreditation for those working in the sector that is awarded to organisations who show a dedication to Fairness, Inclusion and Respect in the workplace and throughout the supply chain.

In 2015, it was named Contractor of the Year at the National Housing Maintenance Forum Awards, and has been shortlisted for the Health and Safety and Training Initiative of the Year awards at this year’s Building and Engineer Awards.