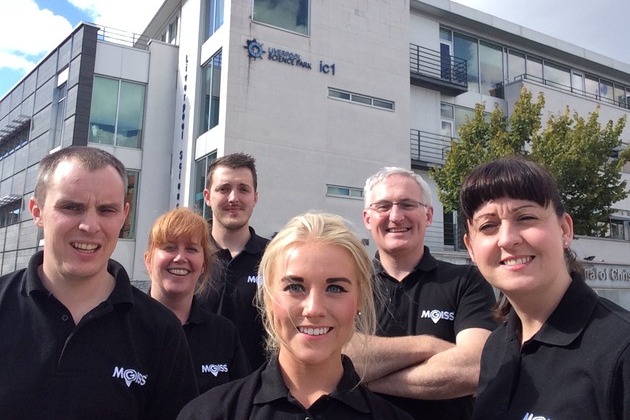 A geospatial business which works with major energy providers, architects and rail networks has taken space at Liverpool Science Park as it gears up for the next phase in its growth strategy.

Mobile GIS Services (MGISS) recently took on five new staff members to boost the business which uses mobile technology and sensors to measure spatial data out in the field.

Liverpool based architects SNOW have also benefited from MGISS technology. Using a tool called Spike, the firm is are able to accurately measure the heights and facades of existing buildings so that plans for new buildings can be designed more accurately and efficiently.

MGISS was founded in 2011 and taken over by Mike Darracott in April last year after he raised venture capital funding to acquire the business from its retiring owner. Having been awarded a SMART Proof of Market award from Innovate UK, MGISS has worked with fellow Liverpool Science Park tenant,-LJMU Open Labs and the GERI Outreach Project to look at the use of drones within the power industry and environmental science sector. The GERI Outreach Project brings together the staff and technical equipment of LJMU’s internationally renowned General Engineering Research Institute (GERI) within a centralised research laboratory.

Mike Darracott said: “We’re very excited to be right at the heart of Liverpool’s thriving knowledge quarter where we’re looking to carry out wider R&D with the university, and others, into the use of drone technology out in the field. The science park’s strong links with the universities and wider research institutions makes it the perfect base for our new office, especially at a time when our team is growing.

“We are also looking into technologies to partner with Sensor City.”

MGISS is the latest company to join Liverpool Science Park after it was recently announced that the occupancy level is now at 87 per cent across both the office and laboratory spaces.

Chief executive of Liverpool Science Park, Chris Musson, said: “We’re delighted that Mike chose Liverpool Science Park as the new base for his business. Companies like MGISS understand that being surrounded by organisations that are driven by innovation and sharing knowledge is an invaluable asset to their business. We’re seeing this mindset more and more which is reflected in our current occupancy figures.”

Mike added: “The staff at LSP couldn’t have been more helpful and we are looking forward to introducing our staff and clients to our new office.”