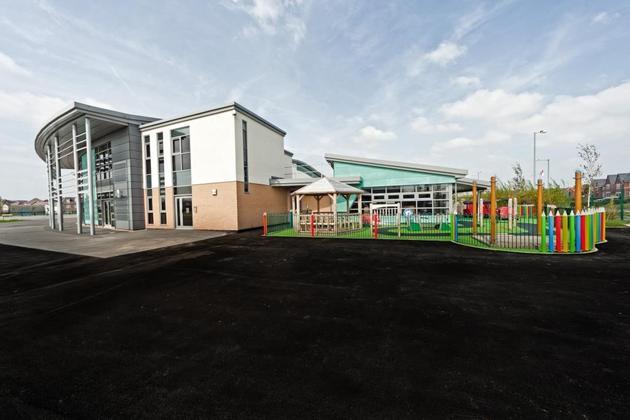 A £2.3m project to extend and double the size of Trinity CofE Methodist Primary School, Buckshaw Village, has been completed by Conlon Construction.

Since the school opened in January 2011 there has been strong demand for reception places and the scheme has extended the school’s capacity to two-form entry – an intake of 60 pupils each year.

Designed by architectural and planning consultancy, Cassidy + Ashton, the two-storey extension has merged seamlessly with the existing building, with buff brick, white render and green cladding panels to the elevations.

Comprising six additional classrooms, the contemporary building has provided much needed space for pupils and staff and will welcome its first occupants in September 2014.

The £5.5m school, originally designed and built by both companies, was commissioned by the Diocese of Blackburn and the Methodist Circuit. It makes good use of outdoor space, incorporating a multi-use games area, habitat garden and two junior-sized football pitches.

“By retaining the same team, we have been able to maintain the quality of the original building and everyone is excited about using the new facilities for the first time.”

Michael Conlon, chairman at Conlon Construction, added: “We were delighted to have been re-appointed as the contractor to complete this latest phase of works at a school which is a popular landmark in the local community.

“Nationally there is an urgent need for extra school places and so to be able to deliver on that requirement, whilst also maintaining the quality of the building, has been a pleasure.”