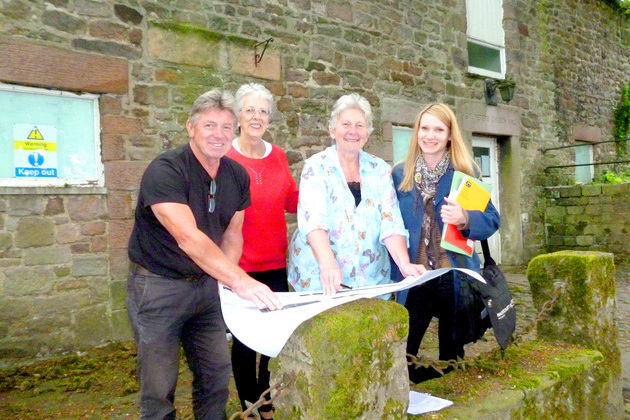 Work is underway on a project to breathe new life into a church hall belonging to one of Lancashire’s oldest places of worship.

Contractors have started a major refurbishment project of the dilapidated St Peter’s Church Hall, Heysham, including new heating, lighting and insulation, as well as alterations to make better use of the space and allow it to generate more income.

The church hall is adjacent to the Grade I listed St Peter’s Church which dates back to the 8th century Saxon period. There is evidence of previous churches on the site dating back to the 6th century Celtic period.

Under the project the Victorian-era church hall, which was converted from stables in the 1960s, will become energy-efficient, gain improved disabled access, and be reconfigured so it can be used by the wider community.

Richard Wooldridge, an architect at Lancaster-based Harrison Pitt Architects, who is overseeing the project, said: “Because the church itself is a Grade I listed building it can’t be altered in any way, which means the church hall building is vital in being able to provide space for community events, tea room and refreshment facilities, toilets and so on.

“However, the building needs a significant upgrade to enable it to make the most of these opportunities to generate income to fund the upkeep and running costs of the building.”

Andrew Holmes, church warden for St Peter’s, said: “We are very excited that after two years of planning the work has begun. St Peter’s Hall is vital to the future mission of the church in Heysham. The new hall will welcome the many visitors with a modern coffee shop and provide space for a new parish office and meeting rooms.”

The project will eventually lead to the roof of St Peter’s Church being repaired using stone slate from the church hall roof.

Richard added: “The church roof has needed replacing for some time due the fact that the oak pegs supporting the stone slates have perished. The aim is to reuse the church hall slate on the church roof as testing has shown it to be the same slate. The church hall will then be re-roofed in a lighter slate prevalent locally. This is an important conservation project that will protect both buildings for future generations.”

The church roof project, which will begin later in the year, has been made possible through a concerted fundraising effort by parishioners and the wider local community.

Harrison Pitt is working closely with English Heritage, The Victorian Society, the Society for the Protection of Ancient Buildings, and Blackburn Diocese, on the project.