An evening with Jamie Carragher at the Grand Central Liverpool

Jamie Carragher and Jamie Webster for one night only. 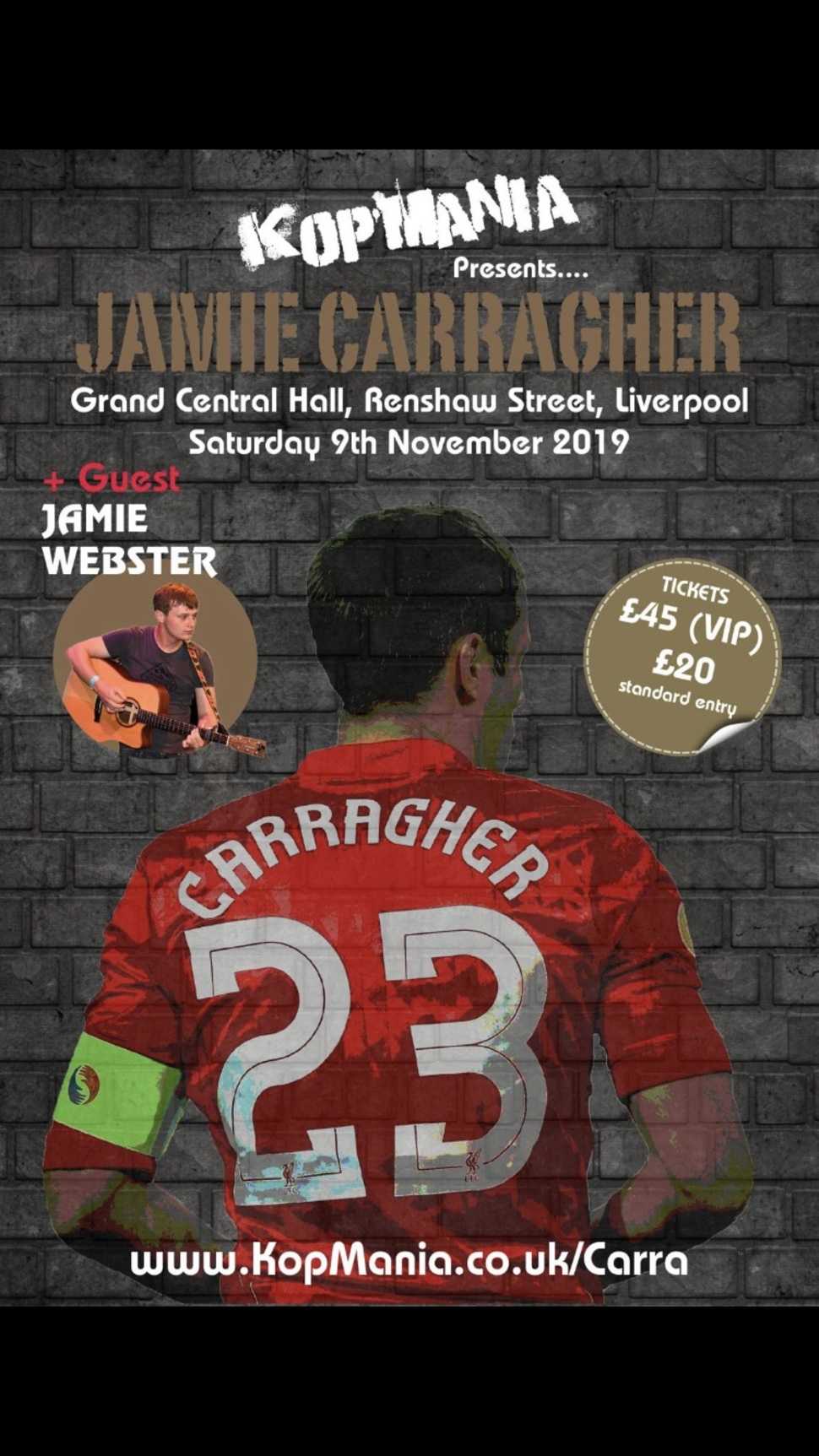 For one night only on Saturday 9th November, former Liverpool FC star Jamie Carragher will be holding court at the art deco theatre in the listed Grand Central Hall for an evening of talks of his long and illustrious football career.

Carra, known for Liverpool’s second most appearances, ninth in the list of all time Premier League appearances and a Champions League winner, will be heading to the Renshaw Street venue for an event not to be missed by football fanatics.

Over 70% of all tickets have sold already but there is still time to get your tickets before the night in early November. VIP tickets are a complete sell out. Liverpool legend Carra, as he is known, doesn’t hold back when it comes to giving his thoughts on the beautiful game. He eats, sleeps and breathes football. On the night people can expect an insight into his career, views on the current squad – belly laughs and much more.

Joining him will be Jamie Webster, who needs no introduction now to Liverpool F.C. fans. An electrician by trade, for the past few years Webster has combined his two real passions in life – music and football – by singing and playing guitar at gigs in the city. While a few of the chants he has written, adapted and made his own – on Jurgen Klopp, Jordan Henderson and Mo Salah – have had success on the terraces, nothing has been quite the same as ‘Allez, Allez, Allez’.