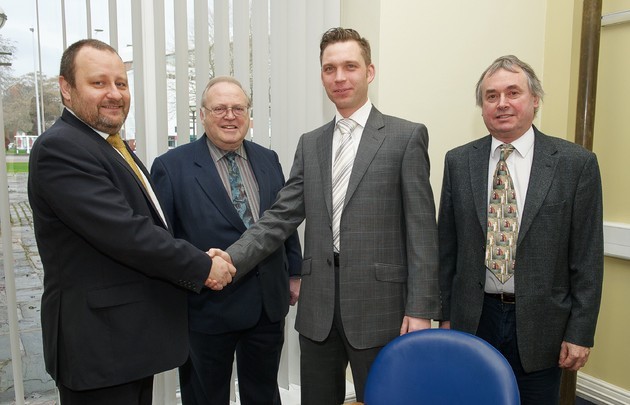 The deal represents the first successful sale of a spin-out company from the University and will see both companies combine their expertise in targeted anticancer drugs, to develop a ground-breaking, therapeutics pipeline.

Manchester-based Incanthera has developed a ‘smart bomb’ therapy which selectively targets solid tumours without harming healthy cells. This means there is the potential of virtually no side effects to the rest of the body.

Meanwhile, Onco-NX is developing a promising bioreductive agent called ‘Es5’ which is at the pre-clinical development stage and is a pro-drug selectively activated by enzymes overexpressed in tumours.

Incanthera launched in 2010 and is backed by the Institute of Cancer Therapeutics at the University of Bradford, where its academic founders benefited from the support of Yorkshire Cancer Research and Cancer Research UK.

Onco-NX, which launched in 2011, is dedicated to the discovery and development of new promising anticancer agents.

The acquisition between Incanthera and Onco-NX means they will be able to broaden and expand their drug development pipeline from a new Manchester base in addition to their Liverpool office.

“Acquiring Onco-NX was the perfect move for us as together we can combine our drug discovery expertise to develop leading cancer treatments. We’re currently working on a number of new promising anticancer agents and have two drugs which are being prepared for clinical trials.

“Our long term ambition is to have these drugs licenced out to a multi-national pharmaceutical company for further development. Our ultimate aim is to hit the healthcare market with these drugs and make a real difference in the universal fight against cancer.”

“The consolidated company will now have two drugs close to clinical evaluation with several other agents in development. The expertise of the two teams of scientists will enable fast progress towards two different types of treatment for cancer and related diseases.”

Incanthera and Onco-NX have both secured investment from SPARK Impact, managers of the North West Fund for Biomedical, alongside significant Angel investment financing.

Dr Penny Attridge, investment director at SPARK Impact said: “Having invested in both of these drug discovery companies, we’re delighted to see them working together to further enhance their important research. It’s an exciting time as these drugs have real potential to disrupt the cancer therapeutics market and we’re pleased we were there from the start to help them set up their business.”