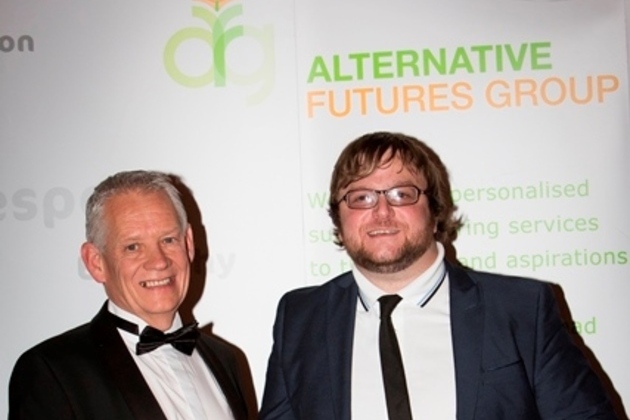 Support workers at a North West charity headed up a roll call of excellence at an awards ceremony on Friday, at Southport's Convention Centre, for the second Annual AFG People Awards.

Staff from across the region were presented with awards from their employer Alternative Futures Group (AFG) at its annual People’s Awards. They were praised for their support for colleagues, positive values and close involvement in their communities.

AFG is a charity which supports more than 1200 people with learning disabilities and mental health needs every year across the North West. This is achieved by providing around the clock support within the community, in peoples own homes or in one of eight specialist treatment and recovery centres.
The gala event saw staff from across the North West come together to celebrate their successes.

“The People’s Awards were set up to recognise and highlight the dedication, commitment and excellence of all of our staff.

“More than 650 nominations were received across the 12 award categories by staff, people the charity supports, family members and carers.

“There were so many worthy winners on the night and all of them deserve a special mention.”


This includes Craig Evason, who was presented with the team Leader of the year award, for his work leading a team of Support Workers in The Wirral.


This year’s AFG People Awards were sponsored by: