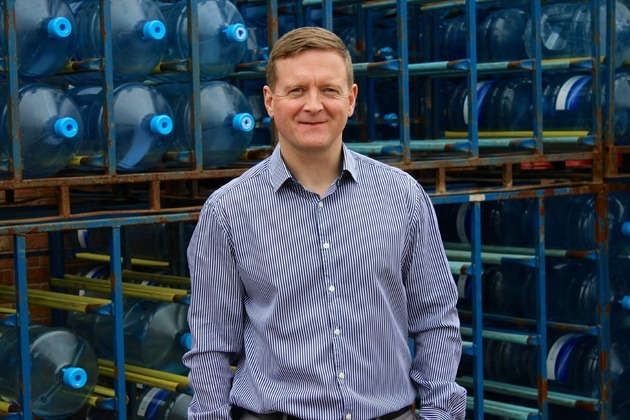 Home2Office Water Coolers is encouraging parents to get their children to drink more water after a recent report revealed a record number are dehydrated.

The study found that between 2009 and 2012, more than half of youngsters tested weren’t getting enough H2O and that around 25% of young people aged 6-19 didn’t incorporate water into their diet at all.

Managing Director of the Knowsley-based business Steve Wrest said the results were ‘extremely worrying and detrimental on health’, and believes that families must be made aware of impact that dehydration on children and teens.

He said: “It is essential for everybody, especially children, to keep on top of their water intake, which is why we want to encourage parents across the region increase their intake. With the summer holidays underway and children enjoying time at home, it’s more important than ever to keep them active, entertained and most importantly hydrated.

“Unbeknown to many, lack of water in children can cause mild dehydration, which can lead to a whole host of health issues including headaches, irritability, fever and reduced cognitive functioning.  While these symptoms may be short-term, it is suggested that dehydration could pose long-term negative effects on the health that may in fact reduce a person’s quality of life and overall wellbeing.”

According to a child’s recommended daily amount, youngsters aged between five and eight should aim for five glasses of water (one litre) a day, nine to 12 year olds should aim to consume seven glasses (1.5 litres), whereas those aged 13 or above should drink at least eight to ten glasses (two litres).

As part of the proposed action to promote a healthier fluid intake amongst children, recent national news indicated that fizzy drinks might soon be hit with 20 percent tax. After urging with the government to impose the taxation, the British Medical Association hopes that parents will become discouraged from purchasing sugary carbonated drinks and opt for healthier alternatives.

Steve said: “It is great to see that doctors have stepped up to the government and took on the challenge to impose tax on fizzy drinks. Not only will this have an impact on people’s buying habits, it will hopefully make them think twice about their fluid consumption and encourage them to lead a healthier lifestyle by swapping sugar-laden drinks for water or other healthy options.”

With more than 2,000 clients, ranging from both small and large scale businesses, leading retailers and sports clubs – Home2Office Water Coolers offers a range of services including bottled water coolers, plumbed-in/mains fed water coolers and natural bottled mineral water. Following the business’s first quarter, the independent firm has announced that they are now 23 coolers off 2,000.

Steve added: “This busy period means that we are achieving our objectives to a high level, which prompts us to maintain our company reputation and stance throughout the foreseeable future - long may the success continue.”