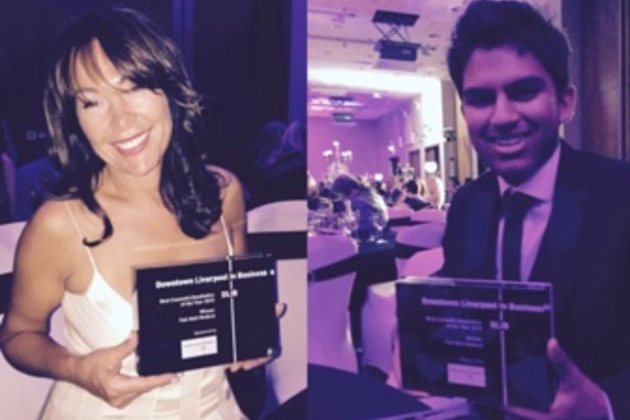 The award winning private healthcare company provide a variety of cosmetic and aesthetic treatments performed by highly qualified GPs and Surgeons within their CQC registered premises.

The Liverpool clinic is situated in St Pauls Square and has been open for just over a year.

The awards ceremony took place on the 10th September at the Hilton Hotel, and was organised by Downtown in Business in association with event partner DQ Maqazine and sponsored by the Liverpool Bid Company.

Pall Mall Medical CEO, Stephanie Byrom, who herself has recently been voted as Entrepreneur of the Year, “ Being nominated alongside Liverpool’s top businesses is an accolade in itself and being awarded the Cosmetic & Aesthetics Practice of the Year 2015 is truly humbling. The Liverpool Clinic situated on St Pauls Square in the heart of Liverpool city centre, has been opened for just over a year now and we have been impressed with its rapid growth.

Winning this award would not have been possible without our inspirational Pall Mall Medical team across the three locations. From Consultants and GP’s to Sales and back office, each one of them has assisted and contributed in the successful growth of the business. We also need to mention our loyal clients and partners, who have stood by us for a many years.

We sincerely thank each and every one of you for helping Pall Mall Medical reach a stage where we can proudly hold up this award as a mark of our achievement. Thank you!”