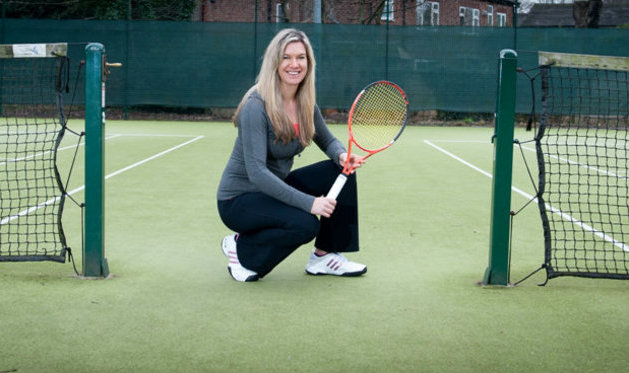 The Lawn Tennis Association (LTA) Level 4 Senior Performance Coach has created a range of Bespoke Activity Days aimed at giving people something fun to do this August that combines keeping fit and tennis skills.

Hollie has customised the packages for tennis lovers of all abilities so groups of between four and twelve players can have a great day on court. Available this August only.

Players of all standards can use this unique opportunity to improve their tennis and fitness; families and groups can book a full or half day of technical, tactical learning and tennis games. These tennis days encourage players of all ages to get on court.

As the Head Coach at Claremont Tennis Club in Altrincham and founder of her own coaching company ‘Hollie Bees Tennis’, Hollie is incredibly knowledgeable and a top professional, highly experienced in developing tennis skills.

Hollie will design bespoke two hour sessions for families; a great chance for parents to become more involved in their child’s tennis development and fitness whilst improving their own coordination skills and game ability.

Hollie said: “I have created these activity days to try and get families outside together. So many children sit in front of the television or on computer games now and it is a shame to waste the Summer. Not everyone enjoys the ‘one size fits all’ mentality of traditional tennis camps and in my opinion they don’t give enough personalised attention to the needs of individual players.”

“These activity days can be tailored to each group and I think as Wimbledon is approaching more people will be inspired to pick up a racket.”

Hollie Bees is a Cheshire raised tennis player and internationally experienced coach who has a wealth of knowledge and an impressive career to date achieving a WTA ranking.

Reaching the heights of competing regularly on the ITF circuit, Hollie has since gone on to gain her coaching qualifications,  and is now an LTA Level 4, Senior Performance Coach.

Currently Head Coach at Claremont Tennis Club, Hollie has a strong affiliation with the North-West network having fulfilled coaching roles across the region in prestigious clubs including the The Northern in Didsbury.