Kind-hearted staff at a North East hospital have been so inspired by the fundraising efforts of a former soldier they have decided to take up their own, slightly less ambitious challenges all for the same good cause. 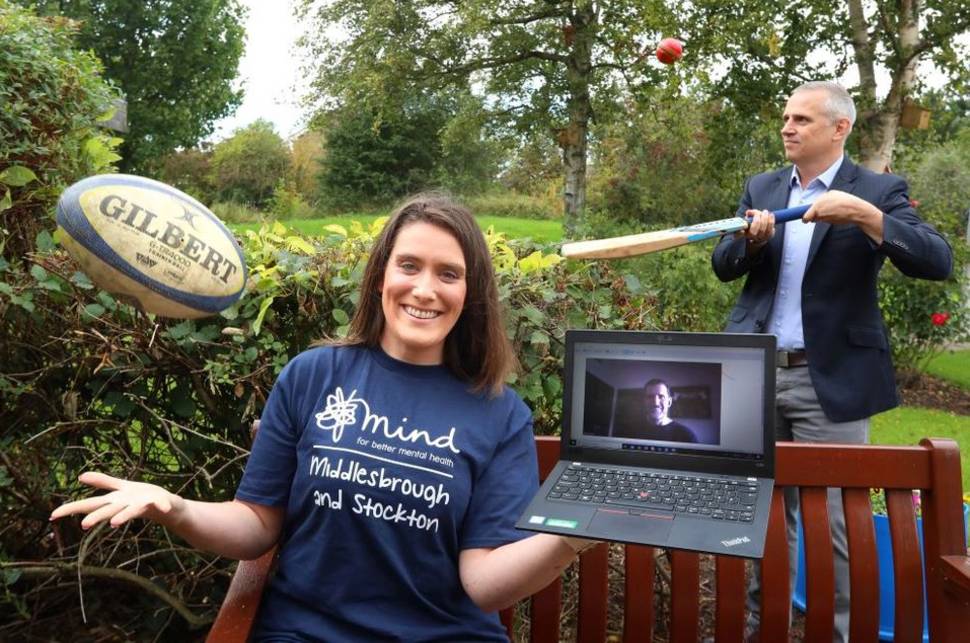 "As both a healthcare provider and employer, Nuffield Tees Hospital is absolutely committed to mental health and emotional well-being as part of a genuine connected care experience."
Ross Huntley

The team at Nuffield Tees Hospital are gearing up to take part in a range of activities mirroring the epic 1,100km ‘Two Volcano Sprint’ which will see Sunderland-born Derek Gamblin cycle unsupported from Mount Vesuvio to Mount Etna in Italy during five days in October.

Derek and his supporters at Nuffield Tees Hospital will be raising money for the mental health charity, Middlesbrough and Stockton Mind. But while Derek’s challenge will see him in the saddle for 110 hours and climbing 24,000 metres in elevation, the team at the hospital will be taking part in their own challenges closer to home.

“Staff, their families and friends are invited to take part in their own activities based on 1.1 or 11. They might choose to run 1.1 miles, do 11 keep-ups with a football or even bake 11 cakes all in return for donations. Nothing too demanding and all socially distanced of course.

“As both a healthcare provider and employer, Nuffield Tees Hospital is absolutely committed to mental health and emotional well-being as part of a genuine connected care experience so when we heard about the herculean task that Derek has undertaken, we all knew we had to do something to show him our support and contribute to his fundraising for Mind.”

And as if his Two Volcano Sprint isn’t tough enough, Derek’s training is all taking place in the heat of the Dubai desert where he now lives.

“I’ve been doing most of my training during the night and in the early hours of the morning when it’s still averaging around 36 degrees with over 50 per cent humidity,” said Derek.

“I’ve just completed my first 12-hour training session and climbed Jebel Jais which at just under 2,000 metres is the highest peak in the UAE. Training is hard but I’m enjoying it and I’m spurred on by the generosity of so many supporters, not least the fantastic team at Nuffield Tees Hospital.

“Although I’ve travelled the world with the armed forces and now live in the Middle East, I’ll always consider the North East to be home. I know the people there are incredibly generous and if I can inspire them half as much as they are me, this will all have been worthwhile. Good luck to all of the Nuffield Tees Hospital team taking part in their OnePointOne Challenge. Let’s get each other over the line.”

Derek had originally targeted raising £1,000 but he’s already doubled that. Lorna Routledge, fundraising officer at Middlesbrough and Stockton Mind explained the significance of the fundraising effort: “One of our projects to provide mental health support to children costs £5,000 to run for six months so between Derek and the team at Nuffield Tees Hospital, they’re making a huge contribution to allow us to deliver that again when our services have never been needed most.

“On behalf of Middlesbrough and Stockton Mind and all of the people we support, I want to say a huge thank you to everyone who has shown such creativity and endurance to raise this amazing sum of money. You’re all heroes.”

Derek will set off on his Two Volcano Sprint on 18 October and people from across the North East are invited to contact Nuffield Tees Hospital with details of their own version of the OnePointOne Challenge. All donations can be made to justgiving.com/campaign/onepointone.

SOS Stands Out In War Against COVID

Health Business News - The latest addition to the family is proving popular in the worldwide fight against COVID-19. Richard Johnston and Steve Redpath are directors of EC Groundworks and along with David Dougal are designers of the new SOS Stations.

Health Business News - Agincare, a family-owned care provider with locations across England, has released practical home improvement advice to help families adapt an older relative s home or care home room into a space where they can live comfortably and safely.

Health Business News - Research from an independent champion for people who use health and social care services has made a series of recommendations to improve children and young people s mental health services. One recommendation, in particular, encourages the promotion of self-referral into these services.

5 ways to ensure a small niggle doesn't turn into a bigger problem.

Health Business News - Non-specific lower back pain i.e. a pain that is not due to a serious disease and where the exact cause of the pain is unclear, is a complaint that we have observed in our practices a great deal recently. As you might imagine, the causes of this pain are very varied.

Health Business News - To be shortlisted, entrants must display excellence in residential or nursing care for older people, with a focus on innovation and engagement with service users within a larger organisation.