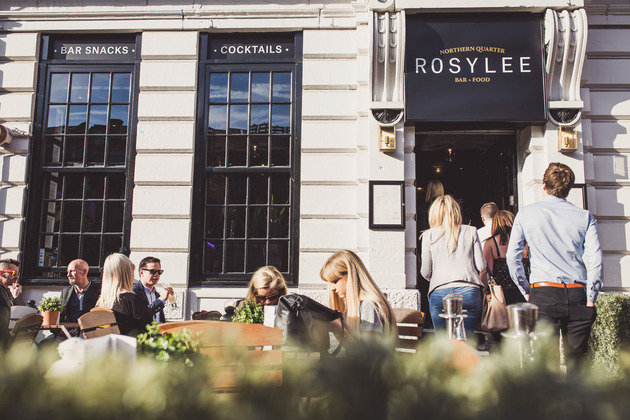 With the arrival of a new executive head chef, MAD appointed AHOY to revamp Rosylee’s image to reflect its new, casual British menu and appeal to a new audience.

Using the new food menu as inspiration, the team at AHOY redesigned Rosylee’s website, menus and a number of touchpoints including internal wall space and external barriers.

The agency’s approach to the project was unusual, leading with a verbal identity and feeding that into the visual identity, rather than the other way around. The new conversational, casual, but above all, natural tone of voice embraces true-to-life British speech without the use of slang or stereotyping, to bring the new approach to life.

Short, snappy text lockups featuring the new tone are used in various touchpoints throughout the restaurant, as well as a new brand logo designed in several configurations – both of which are supported by a handful of secondary branded flourishes to maximise flexibility.

A fully responsive website topped off the projected, one that was designed and built to include online reservations via OpenTable, as well as downloadable food and drink menus.

Paul Bailey, account director at AHOY, said: “We’re always excited to get our hands on anything we can in the Northern Quarter, it’s such a vibrant area and it brings its own unique challenges in terms of design that make it irresistible to agencies like us. Rosylee’s reputation precedes it, so the pressure was on for us to do something special, and we think we’ve delivered on everything we set out to achieve. We look forward to working with the MAD guys again in the future.”

Mark Andrews, managing director at MAD Developments, said: “AHOY really understood both our brief and everything we wanted to achieve with Rosylee and its new direction. It was a challenge, but we’re very impressed by what they’ve been able to pull off in such a limited timeframe.”