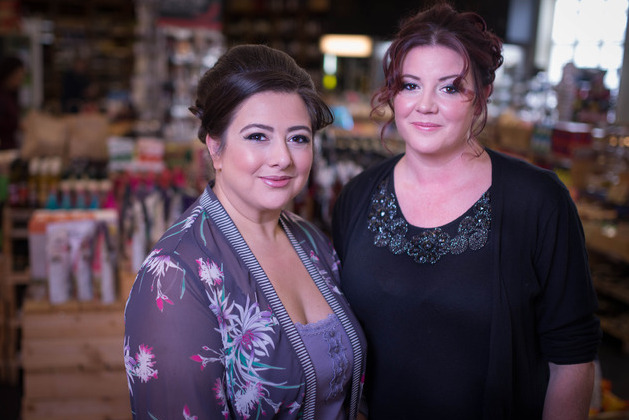 Delifonseca has been named the ‘Best Independent Retailer’ at the 2014 Observer Food Monthly Awards.

After beating off stiff competition from across the UK, the multi-award winning restaurant and deli, located in both Stanley Street and Brunswick Dock, received the prestigious accolade during an awards ceremony co-hosted by Sue Perkins and Jay Rayner at the Freemasons' Hall in Covent Garden, London, last night (Thursday, October 16).

Following weeks of public voting, Delifonseca were presented with the award due to its ‘acclaimed locally-sourced produce and holistic approach’.

Proprietor Candice Fonseca said: “We are extremely grateful to have received this award thanks to the support of The Observer readers, our loyal customers and also many of the other independent businesses in Liverpool who really did help up to drum up vital support.

“Liverpool has both a fantastic retail and food and drink offer and to have won this award, it has helped to put both us and the city on the map.”

The Observer Food Monthly Awards celebrate and reward the very best in British food and produce. In addition to showcasing nine reader-voted categories, there were also seven categories that were decided by a varied panel of Michelin-starred judges. Winners, celebrated chefs, food critics, writers and press from all over the country attended this year’s ceremony.

Candice added: “Since we opened, the team and I have continued to have the same aim and that’s to provide everyday groceries to specialist artisan produce from all of the North West, UK and Europe – and to match that with the same level of knowledge that the staff here are very proud to have.”