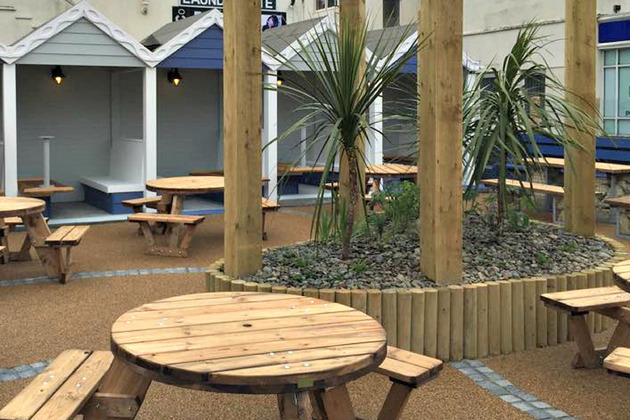 One of Cornwall’s most popular seaside pubs, Tywarnhayle Inn, has opened its doors to the public following an impressive creative makeover carried out by DV8 Designs.

The Warrington-based architecture and interior design practice, headed by MD Lee Birchall, was responsible for ‘bringing the property into the modern day’ by incorporating a range of stylish visuals and attributes that pay homage to the pub’s seafront location.

Lee said: “The objective was to add a new lease of life into the Tywarnhayle Inn by combining a heritage seaside-inspired look with modernistic characteristics.

“With that in mind, the design aims to accentuate a subtle nautical theme, which runs throughout the interior as well as the venue’s new external redecoration. From blue/grey tonal colour schemes, to re-claimed wood and exposed brick, we have introduced a selection of design elements to heighten the property’s visual appeal and originality.”

In addition to carrying out a series of internal alternations including the refurbishment of the bar and restaurant area, Lee and the team at DV8 Designs performed a complete overhaul of the venue’s exterior. The former period building now features sleek rendering, contemporary signage and a lighting scheme, as well as an outside dining area that has been fitted with decking and multiple shelter booths.

Lee added: “Due to the Tywarnhayle Inn’s prime seafront location, it felt only right to be playful with the design. It’s hoped that the venue’s new look will attract more loyal customers and also become a destination of choice for tourists.”