Delifonseca welcomes back a familiar face as its Dockside restaurant manager 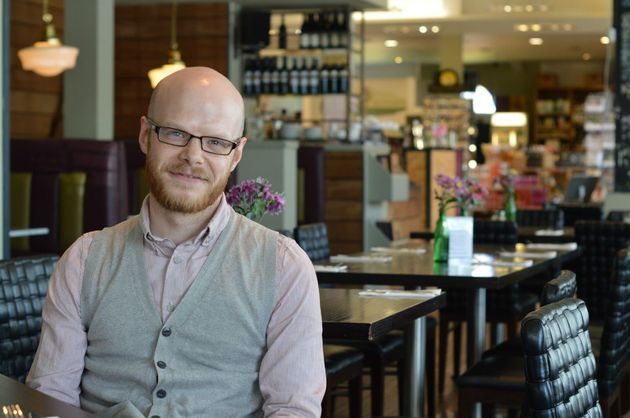 Aged 31, Tom has returned to the foodie mecca after 18 months spent at one of Britain’s most highly regarded two Michelin-starred restaurants, L’Enclume in Cumbria.

As part of Tom’s re-appointment, he will once again be responsible for the day-to-day management of the Brunswick Quay eatery and deli – whereby he will work closely alongside proprietor Candice Fonseca to continue developing Delifonseca’s reputation for delivering ‘foodie excellence’.

Tom said: “It is so exciting to have gone back to my roots and return to Delifonseca, as it honestly feels like home.

“During my time at the prestigious L’Enclume I was lucky enough to work through a number of roles from stagiaire, commis, chef de rang to head waiter. It was a great experience as it broadened my hospitality and managerial skill set, as well as allowed me to gain a deeper insight into all things culinary. Having worked at the highest level of fine dining and developed the skills and knowledge that required.

“The experience at L’Enclume was fantastic but it also served to cement in my mind what aspects I loved about the restaurant business. I realised that one of those things was what Delifonseca does so well, which is building relationships with regulars and sharing our passion and enjoyment in food and drink.

“When I started working for Delifonseca back in 2008 I assumed it would only be a temporary job but I soon realised just how much I enjoyed the buzz of working ‘front of house’ and my obsession with good food escalated from there. I realised it was the career for me. It gives me a great sense of pride to be once again surrounded by such a talented team front and back of house staff. I decided to come back because I missed Delifonseca and I missed Liverpool. It’s a great place to live and the restaurant and bar scene is expanding daily!“

After relocating to Liverpool back in 2007, Tom began his role at Delifonseca by delivering Christmas hampers across Merseyside. Shortly after Tom was then appointed as a waiter at the original Stanley Street venue, whereby he went on to win Waiter of the Year at the 2009 Liverpool Ambassador Awards. Following the establishment of Delifonseca Dockside in 2010, Tom became the restaurant manager of the larger sister site.

Candice added: “The team and I are thrilled to welcome Tom back he was, and once again is, an integral part of Delifonseca. Not only is he a great asset ‘front of house’ but he is also a true foodie. Before he left he was running the Liverpool Supper Club in his spare time, he had his own smoking cabinet and he’s been known to make his own beer. That kind of food enthusiasm can’t be trained! Over the past two years many exciting things have happened at Delifonseca Dockside including a selection of impressive award wins, as well as the introduction of many new events and food offerings. With that in mind, we are looking forward to Tom being an active part of driving the business forward and maintaining and expanding our reputation for great food and service.“