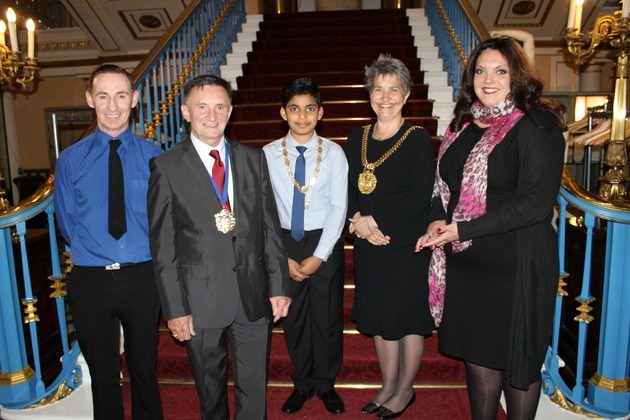 As the official food and beverage providers of Liverpool Town Hall, Carringtons Catering is preparing to provide a prestigious Inauguration Dinner for the city’s new Lord Mayor, Councillor Tony Concepcion.

The acclaimed caterers, which have showcased a range of formal dining events for the present Lord Mayor,  Councillor Erica Kemp CBE over the past 12 months, will mark the celebratory occasion, which is set to take place on Wednesday, May 27, with an exclusive three-course feast.

From 7pm, more than 200 guests including notable figures such as the Lord-Lieutenant, High Sheriff and Councillors will descend on the flagship building to welcome the new Lord Mayor following the appointment of his role.

Director of Carringtons Catering Helen Wynn said: “Thanks to our longstanding affiliation with Liverpool Town Hall, we are delighted to be a part of such a prominent occasion, which will see the arrival of key figures in the Liverpool Council.

“We are honoured to offer a first-hand welcome to Cllr Tony Concepcion to celebrate his new role as Lord Mayor of Liverpool. We are also very much looking forward to continuing our catering and hospitality services for the Lord Mayor, as there are many exciting occasions lined up over the coming year.

“In order to keep things fresh and innovative, while in-line with the tone of each event, our specialist team of chefs will ensure that the dishes provided will combine both originality and culinary excellence.”

After striking up a partnership with Liverpool Town Hall in September 2014, Carringtons Catering has provided a range of catering and hospitality facilities for various high-profile occasions including conferences, gala dinners and award ceremonies.

For more than 25 years, the Roby Mill-based firm has attained high acclaim in the North West’s catering and hospitality sector, as a result of delivering premium services that are focused upon individual requirements.

The Lord Mayor of Liverpool Cllr Erica Kemp CBE said: “Having been a part of such a varied array of events over the past 12 months, it’s evident that the high calibre catering and hospitality services provided by Carringtons Caterings certainly reflected each and every occasion accordingly.”

Lord Mayor Elect, Cllr Tony Concepcion added: “Cllr Erica Kemp has made a tremendous impact on the city during her time spent as Lord Mayor, and I am very much looking forward to continuing the responsibilities and attending numerous engagements across the city.

“Throughout Erica’s appointment, I too have had the pleasure of witnessing Carringtons’ efforts in delivering an extensive list of private occasions and offering culinary excellence at its best. Here’s to an exciting year ahead.”