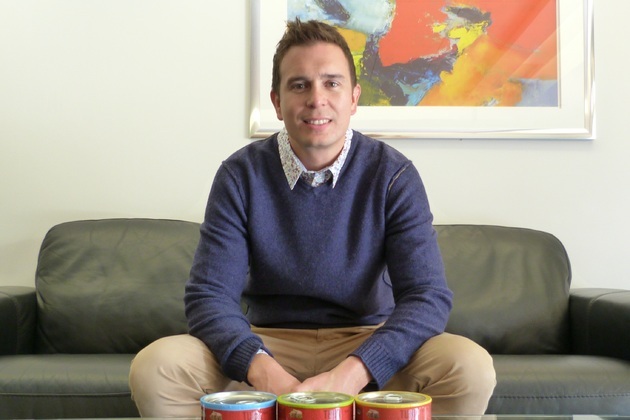 The Reel Fish Co. has been recognised within Greenpeace’s 2015 Tuna League campaign as a definite #JustTuna brand, in acknowledgement of its continued commitment to 100% pole and line caught tuna.

The Chester-based company is one of only two independent brands to be credited within the annual report, which offers a guide to the best and worst tuna brands and aims to create a compelling consumer message under the #JustTuna hashtag.

Supermarkets and brands are ranked on their use of sustainable fishing methods and employment of workers who are treated humanely and free from human rights abuses.

Bryn Scadeng, co-founder of The Reel Fish Co., commented: “Greenpeace’s annual Tuna League is the result of 12 months in-depth research and as such, is hotly anticipated by retailers and consumers alike. We are tremendously honoured to be mentioned within this body of work and to be formally recognised as a #JustTuna brand. The Reel Fish Co.’s ‘fish for future generations’ mantra has never been more relevant and we will continue on our mission to produce sustainably caught pole and line tuna which benefits the local community in which it was sourced.”

Greenpeace said that The Reel Fish Co. deserved “a huge hat tip for their continued commitment to sustainability…sourcing 100% pole and line caught tuna” adding that it should “keep up the good work”.

The Reel Fish Co. was established in 2010 and is run by four former employees of a leading canned seafood brand. It is the only mainstream tuna brand to use Greenpeace’s preferred ‘coastal state model’ – whereby the fish is processed in the country where it is caught, thus benefiting the local community. The Reel Fish Co.’s skipjack tuna products are available in brine, spring water and sunflower oil and are sold through Waitrose.

The Grocery Boom Why Amazon's Rise is Good for Manufacturing

Food Business News - The coronavirus pandemic has made the ability to order groceries online and in-store feel more indispensable, with the world of groceries one of the few industries to have seen record sales thanks to incredible demand.

Food Business News - When it comes to food and nutrition, there are many things we think we know are facts that are well and truly false. Many of these myths stem back to what we were told when we were young to make sure we ate what we were given. Speaking of which, how cool is it that carrots help you see in the dark Got you they can t .

Food Business News - Who d have ever thought that veganism would be as popular today as it is What can accurately be described as a fairly niche culinary choice, has boomed with veganism becoming the new vogue.

The kindness of strangers in a Covid climate

Food Business News - Our last care parcel arrived today. As with the others - since March - I maintained a vigil and yet again missed the van s arrival. It s been like a modern remake of the Elves and the Shoemaker.. The Distributors and the Food Suppliers. We managed a thank you of sorts last Tuesday. I woke at 6.

Eat Out To Help Out Serves Up Boost to Taxi Drivers

Food Business News - The Eat Out To Help out initiative has seen restaurants across Liverpool fully booked each Monday, Tuesday and Wednesday during August. As a result taxi drivers have seen a surge in bookings since the scheme launched three weeks ago.

Food Business News - Many more restaurants and cafes are opening up in Swansea City Centre this week, now that they are free to use their indoor space carefully and responsibly. And Swansea BID Business Improvement District is urging businesses to sign up to use a free registration app that will enable customers to enjoy their favourite eaterie with no fuss.