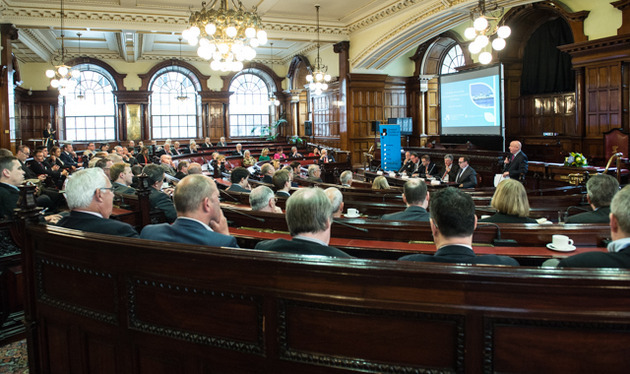 A pre – event survey commissioned by the Liverpool and Sefton Chambers of Commerce and Professional Liverpool has revealed that private sector businesses believe that devolution from central Government is critical to the future of the City Region.

91% of those surveyed stated devolution of power is critical to building a successful Liverpool City Region were in favour of greater freedom and flexibility over the region’s budget and priorities, with 31% confirming they welcomed the idea of an elected Mayor taking responsibility for decisions affecting the business environment.

However, 44% of respondents said they did not believe that they are adequately engaged in the economic planning process.  These results are reinforced by the recent findings of Think-tank IPPR North survey announced this week.

The research was conducted ahead of a panel breakfast hosted by the Liverpool and Sefton Chambers of Commerce in partnership with Professional Liverpool. The ‘Devolving, Researching, Connecting: Building a Successful City Region’ event took place at Liverpool Town Hall on Friday 26th June.

With George Osborne’s vision of a Northern Powerhouse stating that devolved powers to the Northern cities will boost the local economy and attract inward investment, there is increased importance in ensuring that the Liverpool City Region is not left trailing behind.

Over 100 representatives from across Merseyside gathered to debate the importance of the devolution deal and how collaboration between the Local Authorities, the LEP and the Combined Authority is vital to ensuring a successful and prosperous economy.

Delegates and panellists discussed a range of issues such as the implications that devolution of power would bring as well as related drivers for businesses including cross-cutting themes such as transport investment, apprenticeships, public investment in housing, business rates and support for new businesses/start-ups.

The speakers gave their views on the extent to which the Liverpool City Region is capable of successfully delivering devolved powers and if an elected Metro Mayor is the key, which has differing views amongst the leaders.

Thinking beyond the traditional idea of city success, Professor Greg Clark, CBE launched proceedings stating: “A successful city attracts talent and can repopulate easily when it loses population. It is able to grow businesses from scratch and attract major corporates. It knows how to leverage its assets such as universities, airports and historic city centres and world class docks, as well as knowing how to build its identity and reputational brand. It knows how to utilise both its core and distributed leadership, and city leaders should be focusing on getting these right before rushing into a deal.

“This is a time of opportunity and choices for the City Region to focus on the long term strategy for the city, Liverpool needs to create a vision that plays to its strengths and concentrates on those key assets, creating citizen live- ability, inward investment and innovation leadership. Leaders should not worry what other cities such as Manchester are doing but focus on Liverpool’s unique strengths and wait on a deal that is right for Liverpool in a time that is right for Liverpool.”

Giving the perspective of the Local Authority, Cllr Ged Fitzgerald, stressed: “We are in agreement with the private sector, we would all like to see more devolution from the national government to a local level and I welcome the views of Liverpool businesses. We were the first authority in the country to do a city deal under the last government however one size does not fit all and we need to have a deal that is right for Liverpool.

“We now have the prospect of negotiating a devolution deal for Liverpool around transport, public investment, employment but the government has been crystal clear the non-negotiable price to be paid for more devolved power is a Metro Mayor with no prospect of a referendum.”  When asked of the formal position of Liverpool on a Metro Mayor, he explained: “If the prospect of devolution for the region is going to be worth the price of a Metro Mayor, Joe Anderson would be the first person to agree to go for that.”

Cllr Phil Davies followed, stating: “I am an enthusiast for devolution and there is no question in my mind that the North of England should step up to the plate and demand significant devolved power. However, we don't yet know the nature of the package we can negotiate from the government. Therefore any agreement about a Metro Mayor is premature. We should be asking what sort of powers and funding we want for our City Region, not getting fixated on the governance arrangement.”
Cllr Davies said that if having a Metro Mayor is "the only way we can get a radical devolution package, I believe we should ask the residents and of the Liverpool City Region via a referendum. It’s not a race, it is about making sure we get the right package. Rush it and we will miss out important key elements.”

Joining the debate, Robert Hough CBE, Chair of Liverpool City Region LEP, said: “Northern Powerhouse and regional devolution represented a “once-in-a-lifetime” opportunity for the region in relation to transport, skills, business growth and health & social care and we should be moving quickly to grasp it. In my opinion for meaningful devolution for the City Region there has to be an elected Mayor and we should make this decision together collaboratively like Manchester.”

Speaking about how devolution would greatly benefit the transport infrastructure of the region, Andrew Cornish, CEO Liverpool John Lennon Airport, said: “Transport should be a key part of the devolution deal as it is something we excel at. We are increasingly globally connected with over 70 routes including new routes to America announced last month bringing major benefits to the region. However, to harness these benefits we need to ask ourselves are we working collaboratively as the best team we possibly could be and for me I believe having more devolved power and an elected Mayor we would have more unity and a greater sense of alignment and team which shows the world a successful city.”

When asked to identify key priorities they would like to feature within the devolution deal it was in agreement that: transport and connectivity, business growth and skills, repopulation and housing were important to both the public and private sectors.

Thanking the panel for taking part in the debate and giving the view of the Liverpool and Sefton Chambers of Commerce, Jenny Stewart, CEO, said: “After today there is no doubt that we need to be talking intelligently about the devolution route, we are on the beginning of that journey and we need to prove that we can work together. Businesses want to see progress in the City Region, of us creating a confident vision and brand for the city. A brand that plays to our strengths, helps attract people into the city, increases our population, and helps us grow our businesses, but we can only do that through collaboration. This will help us develop our leadership team whatever that might need to be, in order for us to get for the best deal that works for the region.”

Agreeing, John Hall, Chief Executive of Professional Liverpool, said: "Our concerns are that our members feel disengaged with the devolution process, we can see from the poll that business want to be involved in the decisions that are going to affect them. We need leadership, collaboration and unity. We should be a ‘United Liverpool’ using the attack brand of Liverpool to fully capitalise on our unique asset base.  There needs to be an end to discussions around a referendum, it is a waste of time, money and effort that should go into deciding on a Metro Mayor."

Finance Business News - Savings and loans provider Manchester Credit Union has reached a milestone of 12.5million savings by its Mancunian members as it celebrates its 30th anniversary.

How Retail SMEs Can Transform Their Finance Department After a Pandemic

Finance Business News - Financial adversity is at the forefront of many retail SME leaders agenda.

Why entrepreneurs should keep companies private

Finance Business News - With IPO s trending, it can seem pedestrian to want to retain control of your company. But there are many compelling reasons to do so. So while everyone else is listing, let s go through the reasons not to.