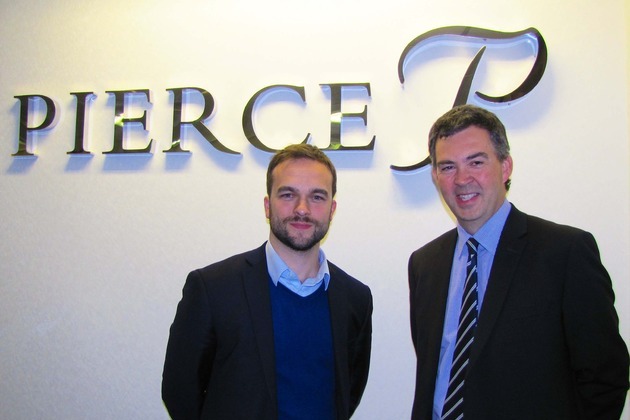 The Chancellor’s first post-election Budget must reaffirm his commitment to significant transport infrastructure investment if the Northern Powerhouse initiative is to be a success.

That’s the message from Pierce Chartered Accountants, which has just hosted one of the UK’s leading economists in a seminar outlining the major opportunities and challenges for business growth in the North West.

Pierce director John Green also recorded an exclusive one-to-one video interview with RBS and NatWest economist Marcus Wright, which can be seen at www.pierce.co.uk or on the Pierce Chartered Accountants YouTube channel.

Issues covered in the interview range from the likely impact of the in/out EU referendum to the potential benefits of the Northern Powerhouse for North West companies and prospects for interest rates.

Wright told delegates at the Pierce event – New Government: Road To Prosperity? - that low productivity growth and a challenging outlook for exporters, particularly those keen to do business with China, were among the biggest challenges facing the economy.

However, there was good news for delegates at Pierce’s headquarters in Blackburn, Lancashire, with predictions that interest rates are unlikely to rise until 2017 and only then to a maximum of around 2 or 3 per cent.

Investment in transport infrastructure unlocked by the Chancellor’s pre-election championing of a Northern Powerhouse was also highlighted as good news for the region’s firms.

“It was a privilege to host one of the most talented economic minds in the country and to discuss whether the election of a new Conservative Government has set us on the road to prosperity,” said John Green, Director of Corporate Finance at Pierce.

“While it was heartening to hear good news on interest rates and an assurance that banks are ready to lend, there were some notes of caution on prospects for the economy.

“The Chancellor has a golden opportunity to address those issues with his first Budget for the new Government.

“We hope to see him introduce measures to tackle low productivity and concerns over export opportunities.

“I would also urge George Osborne to reaffirm his commitment to the transport infrastructure investment that will be an essential component in the success of the Northern Powerhouse.

“The Chancellor urged us to ‘think big’ in relation to the Northern Powerhouse in advance of the election and he now needs to reassure us that he is doing the same.”

Answering questions asked on behalf of Pierce and its clients, Marcus Wright cautioned that “global economic growth is in the slow lane”.

“Low productivity growth is the Achilles’ heel of the UK economy,” Wright said.

The Budget is due to be announced at 12.30pm on Wednesday, July 8 and will see Chancellor George Osborne set out policies based on the Conservative party’s electoral mandate.

Finance Business News - A new apprentice has boosted the ranks of a West Lancashire based Independent Financial Adviser IFA . Arie Hogendoorn is the latest addition to Acumen Financial Partnership s established apprenticeship programme and brings the company s headcount to 21.

Finance Business News - Eight Greater Manchester credit unions - who all form part of the SoundPound consortium - have joined forces to launch a new campaign - HowsYourBalance CreditUnionAwareness - asking members of the public to take part in a balancing act challenge to start a conversation about their financial well being.

How one organisation is helping their clients to navigate Inheritance Tax

Finance Business News - The inescapable truth of life though is that we must take our final journey at some stage and our families will be left to deal with the aftermath, which will include the financial side of life.