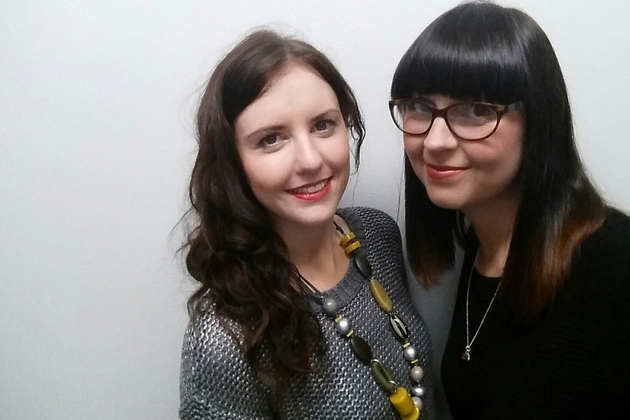 ENTREPRENEURS are backing a campaign that is inspiring women across the North West to believe they can become leaders in their chosen careers.

The #imnotjohn campaign has been initiated by Kirsty Day and Grace Dyke, directors of Yellow Jigsaw, a community interest communications company, based on Guardian research that showed a lack of women occupying the top jobs in FTSE100 companies – with more men called John who are chief executives than any women.


Thousands of men and women from Salford to San Diego have been reached during the campaign by sharing North West leaders’ success stories on social media and more than 100 people have signed up to join Yellow Jigsaw for the launch event on November 9.

Grace said: “The #imnotjohn campaign wants to provide women across the whole of the North West with role models who show that you don’t have to be a John, to succeed and be the boss.

“We have met some fantastic examples of female leaders in the North West who are championing the #imnotjohn campaign and challenging this research, they are giving women who want to rise up the ranks the belief that they too can be the boss in their chosen career.

“We hope this campaign inspires women and men to make sure our generation and the next generation of Janes aren’t outnumbered by the Johns.”

The #imnotjohn launch event – Be Supportive, Become Unstoppable – which will be held at the Museum of Science and Industry, Manchester, will include a panel of inspirational business leaders, a Q&A session, the opportunity to gain tips from successful women in business and networking, as well as a vote on which inspiring women should be given a statue in Manchester.

Feedback on how equality can be achieved will be collected on the day and passed on to MP Lucy Powell and the Government Equalities Office, to help shape policy and make changes.

Men and women who have been getting involved in the campaign include entrepreneur Jane Kenyon, who set up social enterprise Girls Out Loud, Donna Hall, chief executive of Wigan Council,  Mike Wild, CEO of the charity MACC and BBC broadcaster Sam Walker – who have written blogs amongst others that can be read at www.yellowjigsaw.co.uk/news

Many social enterprises and charities across the North West are spearheading the #imnotjohn aim including Girls Out Loud, which raises aspirations and confidence in 13 to 15 year old girls by giving them an opportunity to be mentored by a positive role model.

Kirsty, who is a mum-of-two boys, added: “It is important to have a balance of the sexes in business, whether that be in construction, banking, nursing, media or teaching. This in no way is a man hating campaign, I have two sons, and of course want them to grow up to be successful but I want them to be sharing the top seats with women and for that to be normal, which ultimately is better for business. Ability is sexless but at the moment opportunity is not, more men are in the top jobs and the balance needs to change.”

If you would like to get involved with the #imnotjohn campaign sign up to the Thunderclap https://www.thunderclap.it/projects/31404-imnotjohn and share the #imnotjohn message on social media or go along to the free launch event on Monday, November 9, at the Museum of Science and Industry, Manchester, between 1.30pm and 4pm to meet other inspirational women by registering on the Eventbrite through www.yellowjigsaw.co.uk/imnotjohn