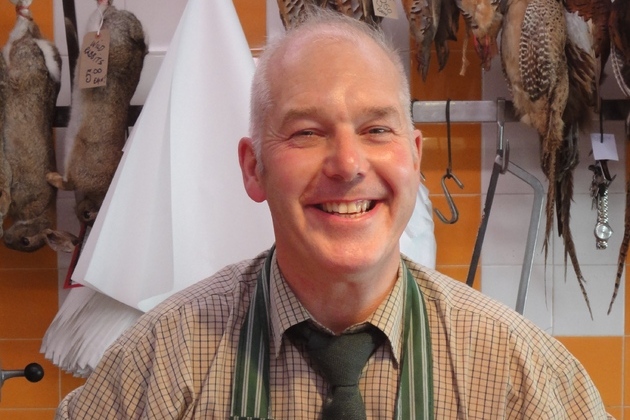 Want to show someone you care? Buy a pound of bangers from Blackpool butcher Nigel Wilkinson.

The master butcher of Holmfield Road, North Shore, has crafted the perfect Carers’ Sausage to raise funds for a charitable corporate challenge.

Nigel, one of 17 local businesses competing for most innovative fundraiser award in Cash Quest for Carers, says the Blackpool Carers’ banger is going down a treat with customers.

“They can’t get enough of them. Basically it’s our traditional gold medal winning recipe but with the ingredients tweaked into something even more special.”
Nigel is taking part in a 100 day quest to fund a real employment opportunity for a Young Carers' Champion - a current or past carer themselves  - to fight the corner for  hundreds of other youngsters helped by Blackpool Carers' Centre.

Each business has been loaned £50  to use as a stake – or for sausage meat in Nigel’s case. With 50p from  £3.20 for every lb sold going to the appeal it’s a crucial link in the CQ4C chain.

Enterprising Nigel adds: “We’ve run other fundraisers and even had donations. And one regular asked to borrow the £50 stake to put on a bet. He promised to repay the £50 if he lost. He came back with £200!"

But Nigel’s sausage faces stiff competition from other businesses vying for the most money raised, or most innovative fundraiser, at a special awards ceremony in October.

Over 50s fundraisers Goalden Girls will take to the stage of Funny Girls (who are also supporting the quest) for a Raining Men routine. Greenlite lighting solutions plan a rowing challenge for staff appraisals. Danbro accountancy chiefs turn trolley dollies to serve  tea and coffee to their 150 staff at Whitehills Business Park in place of the traditional "tea lady! service - in exchange for tips. They also plan a black tie casino night in September.

On Thursday August 7 Alison Gilmore, general manager of the Imperial Hotel, will relinquish her role to a maintenance team member for a day, having raffled off  her job for £150. “He can’t wait to get the chance to tell his boss what to do … as well as pick which guests to upgrade and what goodies to offer children staying in the hotel,”  concludes Alison. “I, in turn, will accompany him on the usual maintenance tour of the hotel – and have to take a note of everything HE wants putting it right."

The charity has also received an £8300 boost for carers' work after a year long alliance with Bispham's branch of Sainsbury's
·
For more  visit www.blackpoolcarers.org or follow @cashquest4carer on Twitter